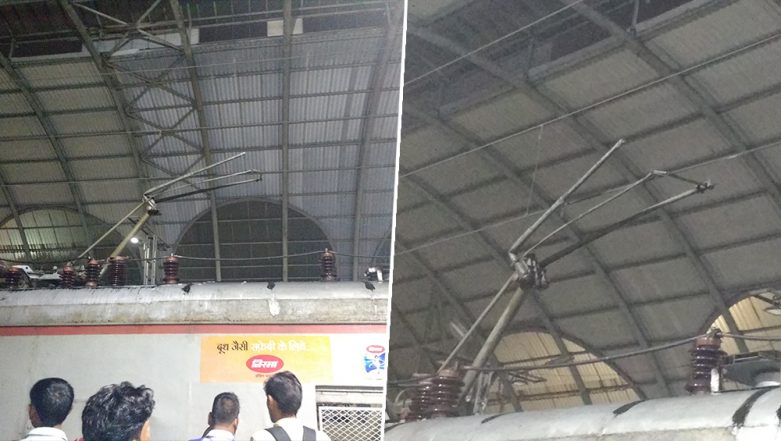 Navi Mumbai, September 5: Local train services on the Trans-Harbour line were disrupted after a pantograph broke at Koparkhairane station on Thursday evening. Due to this, local trains between Thane and Panvel were temporarily suspended. Several passengers were seen stranded at Koparkhairane station as trains were not running. The damaged train was later sent to car-shed; subsequently, services were resumed. The Trans-Harbour line connects Navi Mumbai (Vashi and Panvel) to Thane.

"All Up and Down local trains between Thane and Panvel have been temporarily cancelled," the announcement was made at all station on the Trans-Harbour line. This came a day after heavy rains severely affected local train services on Central, Harbour and Western lines in Mumbai. Incessant rainfall continued on Thursday as well, giving commuters another tough day.

On Wednesday, heavy rains paralysed normal life across Mumbai for the third time this monsoon. By noon, authorities had to suspend local trains between Chhatrapati Shivaji Maharaj Terminus-Thane and Vashi on Central and Harbour lines due to heavy waterlogging on railway tracks at different locations. On the Western line, services between Churchgate and Vasai remained suspended for several hours.