Lucknow Diarrhoea Outbreak: More Than 90 Ill Due to Contaminated Water Supply in Fatehpur Area of Aliganj

More than 90 persons have fallen ill due to a diarrhoea outbreak because of contaminated water supply in Fatehpur area of Aliganj in Lucknow. 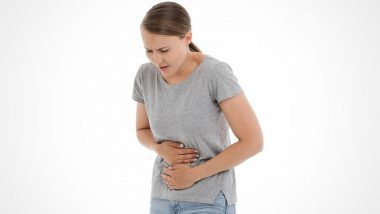 Lucknow, July 7: More than 90 persons have fallen ill due to a diarrhoea outbreak because of contaminated water supply in Fatehpur area of Aliganj in Lucknow.

The number of hospitalised people have increased to eight after two more were admitted due to nausea and loose motions,.

The outbreak had already claimed the life of a year-old child on Monday while another death, suspected to be due to diarrhoea, was reported on Wednesday. Uttar Pradesh Shocker: Lawyer Kills Wife After Spat Over Liquor in Lucknow.

The Chief Medical Officer (CMO), however, denied that the deaths were caused due to diarrhoea and said that a probe was underway to determine the exact cause.

Sangeeta Lodhi (24), who lost her baby, said that the infant was suffering from diarrhoea for the last five to six days.

"On Sunday, my daughter's condition deteriorated. She was rushed to the hospital but died on the way," she said.

Dr Milind Vardhan, Additional Chief Medical Officer, said: "The symptoms of the infant who died were of diarrhoea, but as far as the other person is concerned , he died due to several comorbid conditions including respiratory problem. His condition was critical for the past 15 days and he died at home. Hence, it cannot be said that he also died from diarrhoea."

Shivangi Srivastava, Junior Engineer of Jal Kal Department said: "We are still looking for the cause of contamination of water."

(The above story first appeared on LatestLY on Jul 07, 2022 10:15 AM IST. For more news and updates on politics, world, sports, entertainment and lifestyle, log on to our website latestly.com).