In a positive development, Maharashtra on Monday recorded zero Covid-19 deaths, for the fifth time in the past 20 days, health officials said. 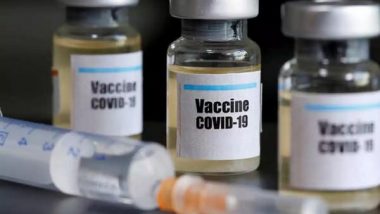 Mumbai, March 21: In a positive development, Maharashtra on Monday recorded zero Covid-19 deaths, for the fifth time in the past 20 days, health officials said.

Earlier, the state reported nil fatalities on March 2, 7, 9, and 13, indicating an end to the ongoing third Covid-19 wave which started in December 2021. The state also recorded new infections in double digits for the second time in three days.

On Monday, the state reported 99 fresh cases while on March 19, there were 97 new patients, the lowest since April 2020. With only 1,273 active cases, there are no infectees in either institutional quarantine or home isolation since the past almost a fortnight, easing the burden on the health networks.

Of the 99 cases detected on Monday, Mumbai and Pune - which have been at the top of the hotspots chart since the start, reported 36 and 31 new patients respectively. There are 14 fresh cases from Nashik circle, 10 from Aurangabad circle, and 2 each from Kolhapur, Latur, Akola, and Nagpur circles. Existing COVID-19 Vaccines Induce Robust Cellular Immunity Against Omicron Variant, Says Study.

(The above story first appeared on LatestLY on Mar 21, 2022 09:21 PM IST. For more news and updates on politics, world, sports, entertainment and lifestyle, log on to our website latestly.com).

Comments
Tags:
COVID19 health officials hotspots In March ' Maharashtra Mumbai No Death Recorded In March No Deaths No Infectees Pune
Comments
You might also like