The mid-term examinations of school students are also underway, which has raised fear of diseases among the parents. 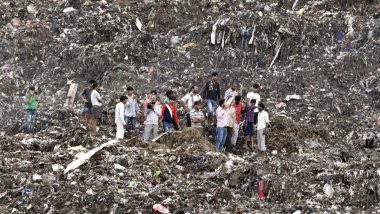 New Delhi, Sept 27: Residents of major areas in the national capital viz. Laxmi Nagar, Vinod Nagar, Geeta Colony, Krishna Nagar and Azadpur have been subjected to heaps of untreated garbage for the last 16 days as the sanitation workers of East Delhi Municipal Corporation have continued their strike unabated.

The populace falling under East MCD's jurisdiction has been complaining to the authorities but to no avail. The residents are fearful of fatal diseases as mosquitoes which may cause dengue, malaria and chikungunya are breeding in the untreated garbage.

The mid-term examinations of school students are also underway, which has raised fear of diseases among the parents. One of the resident, Priyarag Patel, said his son in Class 10 is unwell since the last 8 days.

The Delhi High Court had recently rapped the state government for not taking adequate steps towards increasing the remuneration of MCD sanitation workers. Despite the court directing the AAP regime to pay the employees as per fourth Delhi Finance Commission (DFC) recommendations, no decision has been taken yet.

(The above story first appeared on LatestLY on Sep 27, 2018 08:00 PM IST. For more news and updates on politics, world, sports, entertainment and lifestyle, log on to our website latestly.com).