Motor Vehicle Act 2019: Clashes Erupt Between Locals and Police in Patna After Woman Fined for Not Wearing Seat Belt 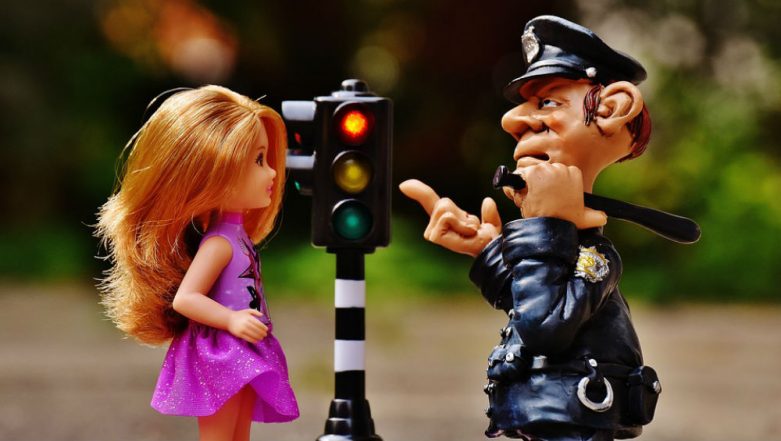 Patna, September 12: The ‌introduction of the amended Motor Vehicles Act 2019 with hefty penalties has caused a national uproar. In the latest, locals and police officials clashed on the streets of Bihar's Patna after the cops tried to penalise a woman for not wearing a seatbelt. According to a report in India Today, the incident took place at 1 pm at the Exhibition road. From Rear Seat Belt to Unsafe Vehicle, Five Lesser Known Traffic Violation Rules That Are Not New But Whose Fines Have Been Raised.

After the traffic police stopped the woman, a heated argument took place between them after which she got the support of locals who then clashed with police. According to a report, the woman said that she was asked to pay Rs 5,000 penalty for not wearing a seat belt. People Wearing Slippers While Riding Motorbike to be Fined Rs 1,000? Some Reports Say So But No Official Confirmation.

Locals started pelting stones at police after which cops resorted to lathi-charge. Later, massive police forces were deployed to bring the situation under control. "Some people who are agitated with the new Motor Vehicle Act created a ruckus at Exhibition road because of which vehicle movement was stalled in this area," said DSP Suresh Prasad told to India Today.

Motor Vehicle Amendment Act 2019 has been daunting citizens since it came to effect on September 1, 2019. Earlier this month, a truck owner from Rajasthan was fined Rs 1,41,700. The challan was levelled for overloading the truck on September 5.