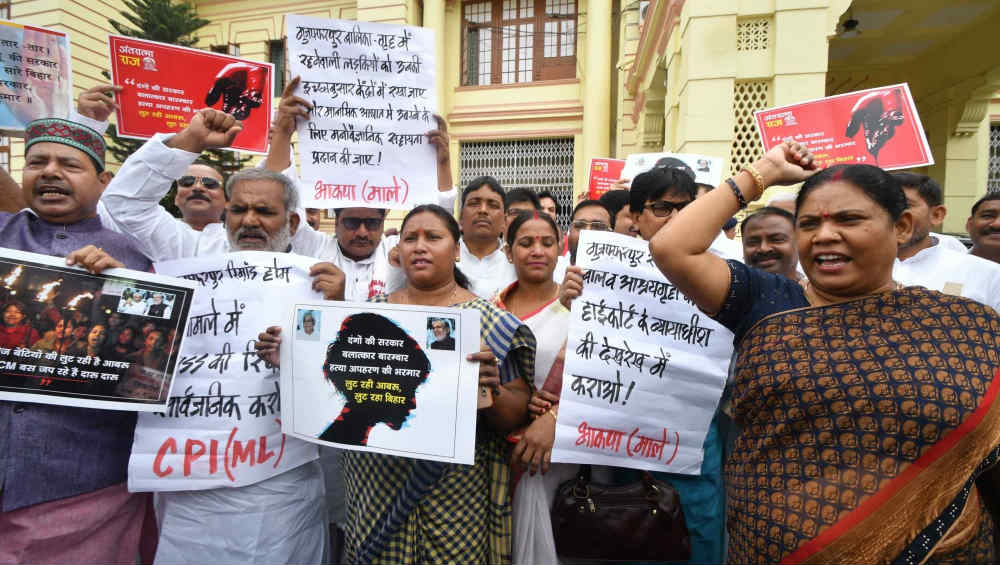 Protest against the alleged rape of inmates of a girls' home in Muzaffarpur | (Photo Credit: IANS/File)

Muzaffarpur, January 14: Delhi's Saket Court has set January 20 for delivering its judgement in the alleged sexual and physical assault of girls at the shelter home. The court was earlier supposed to deliver its judgment on the case today.

On March 20, 2018, the Court had framed charges against the 21 accused --nine women and 13 men --for offences of criminal conspiracy to commit rape and penetrative sexual assault against minors. On December 12, the court had deferred the judgment till today as Judge Saurabh Kulshrestha, who had conducted the trial, was on leave. Muzaffarpur Shelter Home Rape Case: Delhi Court Frames Charges Against All 21 Accused Including Brajesh Thakur.

The accused include Brajesh Thakur, who is currently lodged in Tihar central jail, and officials of Bihar’s department of social welfare. More than 42 minors were allegedly sexually assaulted over a period of time in the shelter home which was run by Thakur’s state-funded NGO.