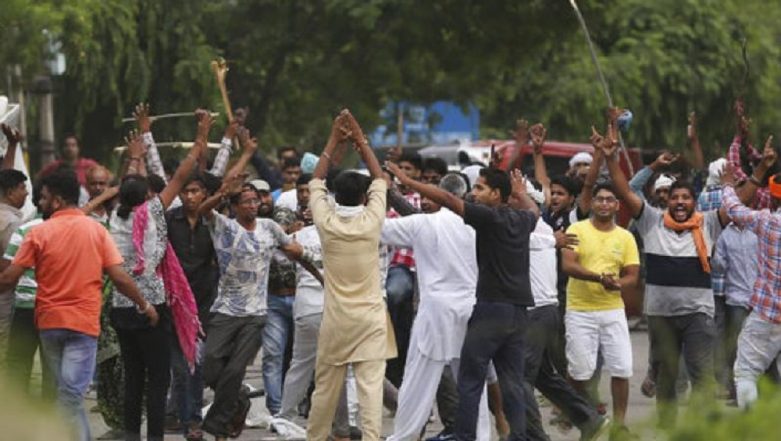 Panchkula, July 30: The local court in Panchkula has acquitted all accused booked for violence after the conviction of godman Gurmeet Ram Rahim Singh in a rape case last year.

According to reports, the bench cited the "lack of evidence" while discharging over 1,000 people named in the chargesheet. The verdict comes as a major embarrassment for the Haryana government which had assured to crackdown on all rioters and arsonists involved in the violence.

Over 200 separate FIRs were registered into the case as supporters of Dera Sacha Sauda, the disgraced outfit led by rape convict Gurmeet Ram Rahim, attempted to lay siege to the city ahead of their leader's conviction on August 25.

A total of 32 people were killed after the police launched a crackdown on rioters. Since the miscreants had attempted to damage public and private properties, the police and paramilitary forces stationed in Panchkula resorted to firing which led to the casualties.

Ram Rahim was sentenced by the CBI court in Panchkula to 20 years of rigorous imprisonment. The 50-year-old was also fined Rs 30 lakh for three separate offences including attempt to murder and criminal intimidation. After the court pronounced the punishment, he was seen weeping profusely.

Ram Rahim's adopted daughter Honeypreet Insan was also arrested by the Haryana police in September last year, charging her under sedition. She has been lodged in Ambala jail for the past 10 months. On June 10, she moved an application seeking permission to speak to her family members on phone.