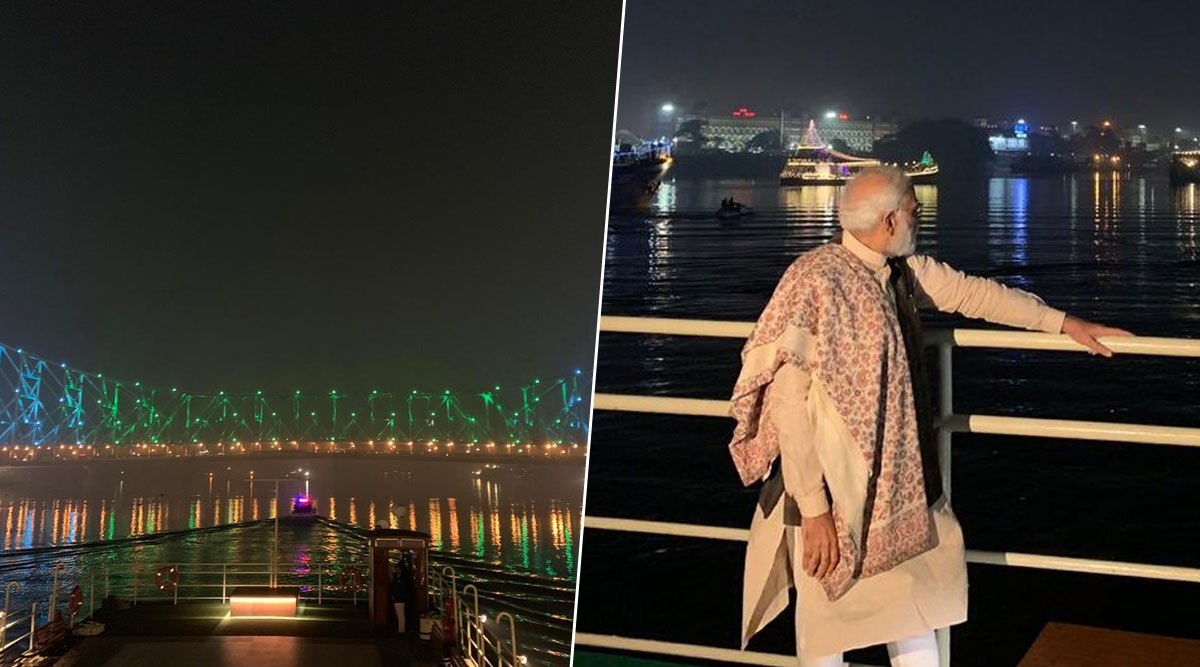 After the programme in Kolkata, PM Modi left for Belur Math by boat. He also shared beautiful pictures of Rabindra Setu on his Twitter handle. The premier, who arrived in West Bengal's capital for a two-day visit, also inaugurated the advanced ship repair facility of Cochin Kolkata Ship Repair Unit at Netaji Subhas Dry Dock.

After the programmes in Kolkata, on the way to Belur Math by boat. Have a look at the beautiful Rabindra Setu! pic.twitter.com/vJsq8JSQ7J

The Howrah bridge, considered one of the busiest cantilever bridge in the world, was renamed as Rabindra Setu in respected of Rabindranath Tagore in 1965. Over 1.15 lakh vehicles from both Howrah and Kolkata ply on it day, besides over five lakh foot-traveller from both sides.

After reaching Kolkata, PM Modi held a meeting with CM Mamata Banerjee at the Raj Bhawan. After the meeting, Trinamool Congress supremo said that the state government is against the Citizenship Amendment Act, the National Register of Citizens and National Population Register (NPR). “While speaking to Prime Minister, I told him that we are against CAA, NPR and NRC. We want that CAA and NRC should be withdrawn,” Banerjee said.