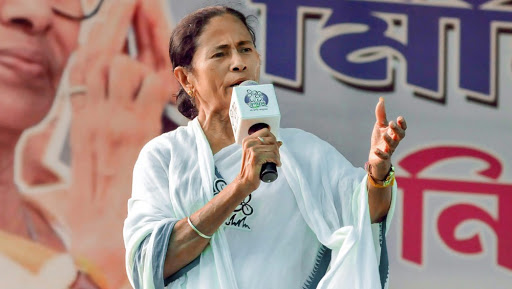 Kolkata, January 11: After her meeting with Prime Minister Narendra Modi, who is on a two-day visit to West Bengal, Chief Minister Mamata Banerjee claimed that she has unequivocally expressed her opposition to the citizenship project of the Centre. During their brief interaction, said Mamata, the PM was told by her to withdraw the Citizenship Amendment Act (CAA), the proposed National Population Register (NPR) and National Register of Citizenship (NRC) exercises.

"While speaking to Prime Minister, I told him that we are against CAA, NPR and NRC. We want that CAA and NRC should be withdrawn," said Mamata after her meeting with PM Modi. Her remarks came amid an ongoing protest by civil society and students' groups in Kolkata and other parts of Bengal against the citizenship law.

Mamata, on being asked how Modi responded to her request, said the Prime Minister assured her that the issue would be discussed by them later in Delhi. He was not in favour of a detailed discussion on CAA and NRC during the meeting due to schedule constraints, she said.

West Bengal CM Mamata Banerjee: While speaking to Prime Minister, I told him that we are against CAA, NPR and NRC. We want that CAA and NRC should be withdrawn. https://t.co/4ALUK2yPh3 pic.twitter.com/4sXduEn0lJ

Modi is on a two-day visit to West Bengal, where he would be marking the 150th anniversary celebrations of Kolkata Port Trust. Ahead of the Prime Minister's visit, security was beefed up in all parts of Bengal as students' groups affiliated the ruling Trinamool Congress, as well as those linked to the Left Front, had announced massive protests against the PM.

Placards reading "Go Back, Modi!" and "No to NRC" featured in several parts of Bengal ahead of Modi's arrival. The Prime Minister is expected to address two key events in the state capital -- both of them are expected to feature him alongside the Chief Minister. Apart from attending the 150th anniversary event of Kolkata Port Trust, he would also be part of the Swami Vivekananda Jayanti celebrations.