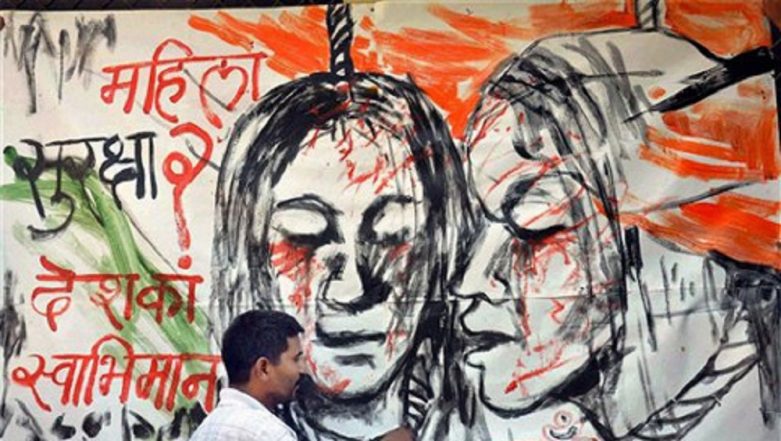 Chennai, March 15: The Government Order (GO) dated March 13 issued by the Tamil Nadu Home Department has revealed the name of the Pollachi sexual abuse victim. The government order which is being circulated on social media also mentioned the name of the college she is studying in, and identifies her brother who gave a complaint to the Pollachi East Police Station. Pollachi Sexual Abuse Case: Booked MK Stalin’s Son-in-Law Sabareesan Shoots Legal Notice, Demands Unconditional Apology.

As per the Indian law, media organisations and law enforcement agencies are not allowed to reveal the identity of rape victims, especially in offences under specifically offences committed under Sections 376, 376A, 376B, 376C or 376D of the IPC (rape, and other sexual assault offences). The FIRS in these cases can also not be made public. The Supreme Court had, in its December 2018 order barred revealing the names of sexual assault survivors on social media platforms of in any protest rallies. The names of the victims can also not be revealed even if they are dead. Pollachi Sexual Abuse: Madras High Court Refuses Judicial Probe As Case Goes to CBI.

The FIR, in this case, is listed under 354A (sexual harassment), 354B (assault or use of criminal force against a woman with intent to disrobe) of the IPC. As, there is no confidentiality provision in this section, so the government may get a shield regarding this. But, in some earlier cases, Indian courts had asked authorities not to mention the names of the victims. Meanwhile, DMK MP Kanimozhi, slammed the government and police for revealing the identity of the survivor in the Pollachi sexual abuse case. Pollachi Sexual Assault: Four Accused Men Booked Under Goondas Act, Tamil Nadu Govt Decides to Transfer Case to CBI.

Meanwhile, The Madras High Court on Thursday refused a judicial probe into Pollachi assault case, but the state government gave its nod for a Central Bureau of Investigation (CBI) probe. The Pollachi sexual abuse and extortion incident has caused a political uproar in Tamil Nadu. The arrest of four people for alleged sexual abuse of 50 women has caused an uproar in the state. The accused were arrested under the Goonda Act following a complaint by a 19-year-old girl from Coimbatore district.