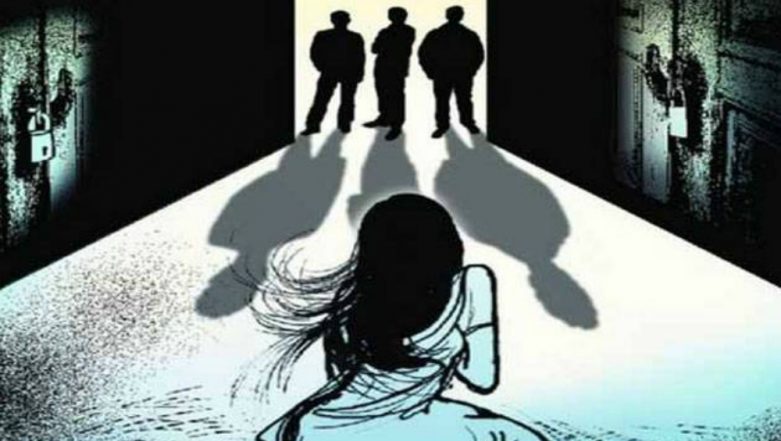 Chennai, March 13: The four men, who were arrested on charges of involvement in the Pollachi serial sexual assault and blackmail case, have been booked under Goondas Act. On Monday, the state Police busted a gang of sexual offenders for allegedly harassing about 50 female Facebook users in Tamil Nadu. The Police then arrested a four-member gang from Pollachi near Coimbatore in connection with the sexual assault. According to reports, police informed that total of eight people in two separate cases have been arrested since the first complaint was filed about three weeks back. Tamil Nadu: 50 Women Trapped Through Facebook 'Raped' by 4-Member Gang of Pollachi.

After an investigation was initiated, it was found that the accused had also assaulted and filmed other young women. According to a report by The Hindu, Coimbatore Collector K. Rajamani  ordered the detention of the four youth arrested under the Goondas Act. The report further informs that Rajamani  passed the orders detaining K. Thirunavukkarasu, T. Vasanthkumar, N. Sathish and N. Sabarirajan based on a recommendation from the Coimbatore Rural Superintendent of Police R. Pandiarajan.

The case, in which a ruling AIADMK allegedly attacked the victim’s brother, drew outrage with opposition parties led by DMK latching on to it ahead of the Lok Sabha elections. According to reports, the AIADMK subsequently expelled the functionary who had been arrested in the attack case.

On March 11, DMK President M.K. Stalin took a dig at the ruling All India Anna Dravida Munnetra Kazhagam (AIADMK) said investigations into the sexual assault of young girls in Pollachi by a gang should be done without affecting the future of the victims. He also charged the ruling party officials of trying to influence the police probe so that the accused are let free.

As part of the investigation, the Tamil Nadu Police on Tuesday sent the mobile phones confiscated from the four persons arrested in connection with the Pollachi sexual assault case, for analysis in an effort to gather more details, a police official informed.

What is the Pollachi case

The four accused named Thirunavukkarasu, Sabarirajan, Vasanthakumar, Satish -- were arrested in connection with the crime. The four men had on 12 February allegedly tried to strip the woman inside a car near Pollachi, over 500 km from here, and had shot a video of the act and blackmailed her using the visuals.

Details by Police inform that the accused would befriend women on social media first and after gaining the girl's confidence, she would be invited to a secluded place and sexually assaulted. As part of their plan, the girls were also videographed. Later the victims were blackmailed for money or for physical submission.

A top state police official was quoted by PTI saying that the government has decided to transfer the case to the CBI and the administrative process of sending a formal request to the Centre was on. One of the accused,  Thirunavukkarasu, when he was in hiding, released a video saying politicians were also involved and wanted the case to be transferred to the Central Bureau of Investigation (CBI).

The issue came to light when a young girl lodged a complaint with the Pollachi police against the accused. Reports inform that Police had arrested the four men on February 25 and on March 5 for allegedly sexually assaulting a girl and filming the act. The men have been booked under sexual harassment, assault by use of criminal force and invoked provisions of the Information Technology Act and Tamil Nadu Prohibition of Harassment of Women Act.