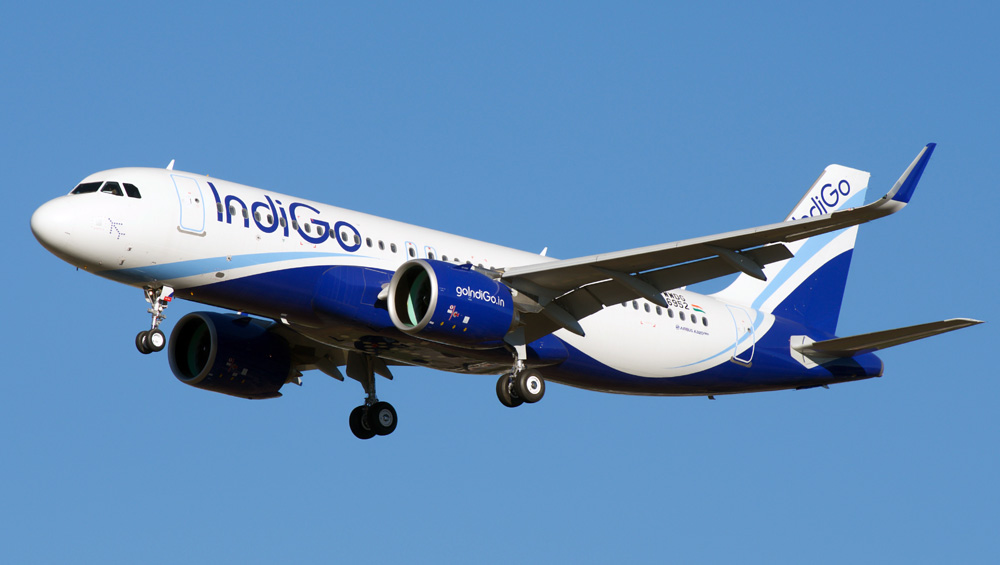 Mumbai, January 16: Following an engine snag, an IndiGo 320 Neo plane that had taken off from Pune, was diverted safely to Mumbai. A full emergency was declared on Thursday morning on the IndiGO aircraft and therefore it had to make an emergency landing at Mumbai Airport. IndiGo informed that the flight landed safely in Mumbai and was being inspected.

All passengers were moved to another aircraft which flew them to Jaipur, the carrier further mentioned. The pilot observed an engine vibration message and "followed the laid standard operating procedures". Pilots brought the faulty engine to an idle mode and made a safe landing at the nearest airport, which was Mumbai. It is to be noted that twin-engine aircraft can make safe landing with one engine as well.  IndiGo Servers Down Across India, Long Queues at Airports As Flight Delays Likely.

On landing, the unmodified Pratt & Whitney (PW) engine was inspected and it was revealed that same issue of its low-pressure turbine's third stage blades being damaged. "The engine was last inspected on December 9 and had been cleared for re-inspection after 500 cycles (flights). But it developed a snag on its 255th cycle (flight) itself. This aircraft is grounded in Mumbai and the engine will need to be replaced,” the official informed.