Investigation officer Manjusha Muluk said, "The accused woman abused Damini squad members and she even bit one of the woman police personnel while she was being taken to the police station." 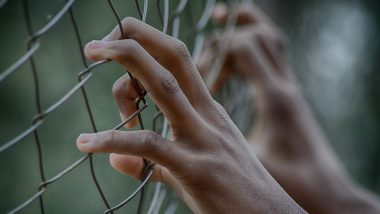 Pune, July 3: On Friday night, the Pune police arrested a 28-year-old model for creating ruckus at a hotel un Wadgaonsheri. Sources from the police said that the Bengali model allegedly abused police officials and even bit one of the woman police personnel while she was being escorted to the police station.

According to a report in the Hindustan Times, the 28-year-old model is a resident of Andheri, Mumbai and had come to Pune for an audition. Uttar Pradesh Shocker: Yash Rastogi, LLB Student Brutally Killed by Gay Friends in Meerut; Police Suspect Blackmail.

The alleged incident came to light after a complaint was filed by police constable Parvin Sheikh. In the complaint, Sheikh said that the accused had booked a hotel room in the Wadgaonsheri.

However, after the accused was not happy with standard of the room after she checked into the hotel. Post this, she asked the owner to refund her money but soon argument broke out between the two.

Meanwhile, the hotel owner called the cops to intervene in the matter and a team of Damini Squad of the Pune police reached the spot and tried to solve the matter. Karnataka Shocker: Teacher Suspended for Forcing Student’s Mother for Sex, Circulating Video in Raichur.

Following this, a case was registered at the Vimantal police station of Pune city under sections 353, 332, 427 and 504 of the Indian Penal Code (IPC).

(The above story first appeared on LatestLY on Jul 03, 2022 04:32 PM IST. For more news and updates on politics, world, sports, entertainment and lifestyle, log on to our website latestly.com).