Pune Shocker: Siblings Murder Woman Who Allegedly Had Affair With Their Father, Arrested

After an altercation, the siblings allegedly beat up both Swati and their father with a wooden stick. Police officials said the thrashing with the stick could have proved fatal for Swati. 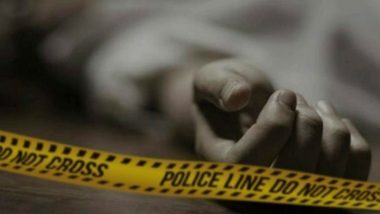 Pune, November 25: In a shocking incident, two siblings have reportedly murdered a 50-year-old woman in Pune. The two accused, brother and sister, were arrested by Pune Rural police on Tuesday. The woman was allegedly in a relationship with their father.

As per the report published by The Indian Express, The accused were identified as Rushikesh Phadtare, age 34, and sister Anuja, age 33, both residents of Baramati. The accused were arrested on the charge of murder of the victim, identified as Swati Agawan. Swati was a resident of Kasba in Baramati.  Delhi Shocker: Enraged Over Sister's Friendship, Brother Lynches College kid Till Death.

According to police, the siblings had caught their father with the woman on the night of November 10. The two accused had an argument with Swati. The argument turned violent and the siblings thrashed her and their father with a stick. The accused then approached their family doctor and told him that following an argument with them, Swati died of a heart attack. The doctor, who initially observed a nosebleed, told the accused to take the woman to a hospital and get her autopsy done. The father also sustained injuries.  Hyderabad Shocker: 58-Year-Old Woman Murdered By Husband's Friends; Case Registered.

Meanwhile, the victim's son and daughter approached the doctor asking for the cause of their mother’s death. The doctors asked them to wait for the post-mortem report. The accused had performed the funeral of the victim without getting the post-mortem done. As per the police, due to the fewer pieces of evidence, it was tough to investigate. One by one, people were called to the police station for questioning. The father of the two accused had told the doctor about the incident, The doctor later in questioning told the police about the sequence of events. The accused were later arrested and sent to police custody, said police.

(The above story first appeared on LatestLY on Nov 25, 2021 01:18 PM IST. For more news and updates on politics, world, sports, entertainment and lifestyle, log on to our website latestly.com).