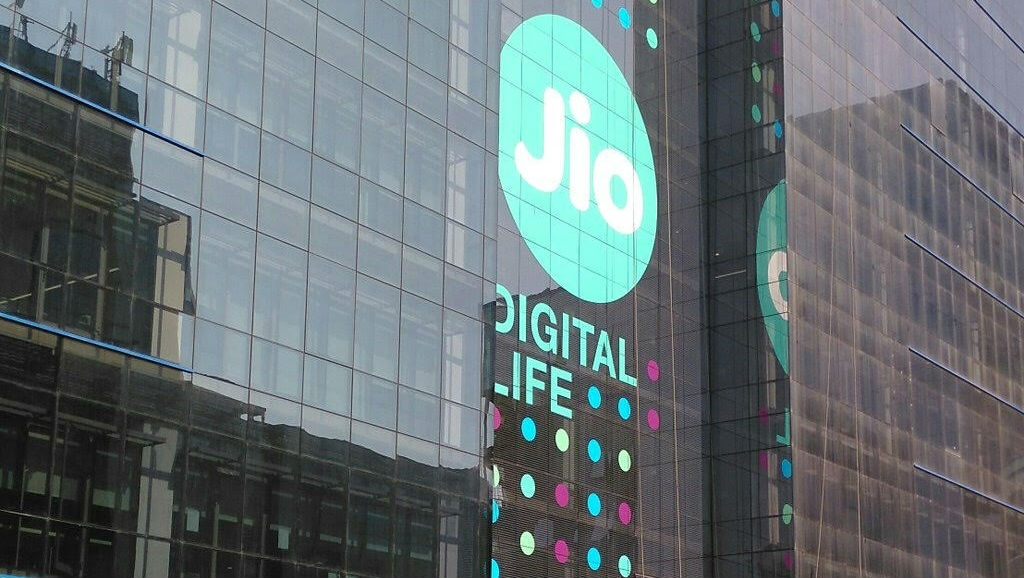 Mumbai, January 17: Amid the reports of trouble in telecom sector after Supreme Court asked telcos to clear dues of Rs 1.02 lakh crore (USD 13 billion) in overdue fees, Reliance Jio on Friday posted a 62.5 percent jump in its standalone net profit at Rs 1,350 crore for the October-December quarter of FY 2019-20.

According to the statement, released by telecom arm of Mukesh Ambani-led Reliance Industries, Jio had posted a net profit of Rs 831 crore in the corresponding quarter a year ago. It also mentioned that Jio recorded an increase of 28.3 per cent in its operating revenue at Rs 13,968 crore. Telecom Operators Including Vodafone-Idea, Airtel May Get Some Relief on Paying $13 Billion Dues if They Commit to Pay Some Amount Immediately: Report.

RIL Chairman and Managing Director Mukesh Ambani said in a statement, "Jio has continued on its unprecedented growth journey receiving overwhelming customer response for best in class mobile connectivity services. Jio is also determined to redefine the wireline infrastructure, home entertainment and enterprise market in India with its FTTx services which bundle best-in-class connectivity with bouquet of digital content and services."

Apart from the financial outout, Jio also said that its subscriber base increased by 32.1 percent to 37 crore as on December 31, 2019, compared to 36.99 crore mobile subscribers in November 2019. Jio's average revenue per user also stood at Rs 128.4 during the quarter. Vodafone-Idea Chairman Kumar Mangalam Birla Warns Centre of Business Closure in India, Says 'Will Have to Shut Shop if No Govt Relief'.

Among other information, that Reliance Industries informed that it recorded a quarterly net profit of Rs 11,640 crore or Rs 18.4 per share, in October-December, up from Rs 10,251 crore, or Rs 17.3 a share, in the same period of the previous financial year.