Vodafone-Idea Chairman Kumar Mangalam Birla Warns Centre of Business Closure in India, Says 'Will Have to Shut Shop if No Govt Relief' 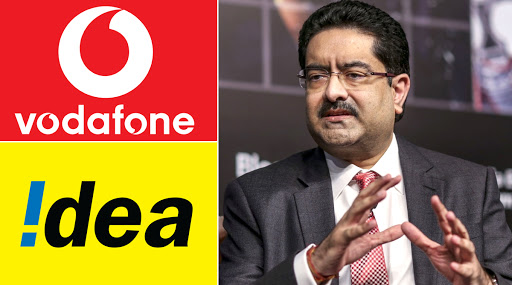 Mumbai, December 6: Days after declaring a net loss of Rs 50,921 crore for the second quarter -- ended September 2019, Vodafone-Idea Chairman Kumar Mangalam Birla said that he would consider shutting the telecom company if the government doesn't provide a relief of Rs 32,000 crore of input tax credit that it has sought. Vodafone-Idea had reported that its loss rose 42 percent to Rs 11,146.4 crore during the second quarter this year, highest ever quarterly loss posted by any Indian company in recent memory.

Speaking at the Hindustan Times leadership summit on Friday, Birla stated clearly that his company would have to shut its shop, if the Union government doesn't answer to the relief it sought. Answering a question on the next course of action, Birla said, as quoted by CNBC TV18, "We will have to shut shop." Adding on, he said, "Don’t think I can call telecom business a failure. There is no sense that good money should follow bad money." Vodafone Will Not Provide More Capital Unless Provisions Allowing It to Compete With Reliance Jio.

Apart from this, Birla's joint venture with Vodafone had even indicated that they will have to opt for the insolvency route in the absence of relief. Recently Vodafone-Idea hiked its tariffs for its pre-paid plans by 42 percent, which would be effective from December 3. Also, Vodafone chief executive officer Nick Read had said earlier that its future in India might be in doubt unless the BJP-led Union government stop hitting telecom operators with higher taxes and charges. DoT Directs Telecom Circle Heads to Deal Airtel, Tata Teleservices As Separate Companies.

It is to be known that after the apex court judgement -- which upheld Telecom Ministry's demand that wireless carriers pay overdue levies and interest -- Vodafone-Idea suffered a loss of 1.9 billion euro group in its first half. Following this, the company’s revenue from operations plunged to Rs 10,844 crore from Rs 22,114 crore YoY during the second quarter. As a result, Vodafone-Idea has been seeking a two-year moratorium on its annual spectrum payment from the court.

According to the details, Aditya Birla Group now owns 26 percent of the combined company, while Vodafone (UK) has a 45.1 percent stake. Idea shareholders own the remaining 28.9 percent. With the prevailing condition, no party is interested in investing further in the loss-making firm. Though there are reports that Vodafone-Idea is planning to sell its 11.15 percent stake in Indus Tower so that they can compete in the next three-four months, expecting a yield an estimated Rs 6,000 crore.