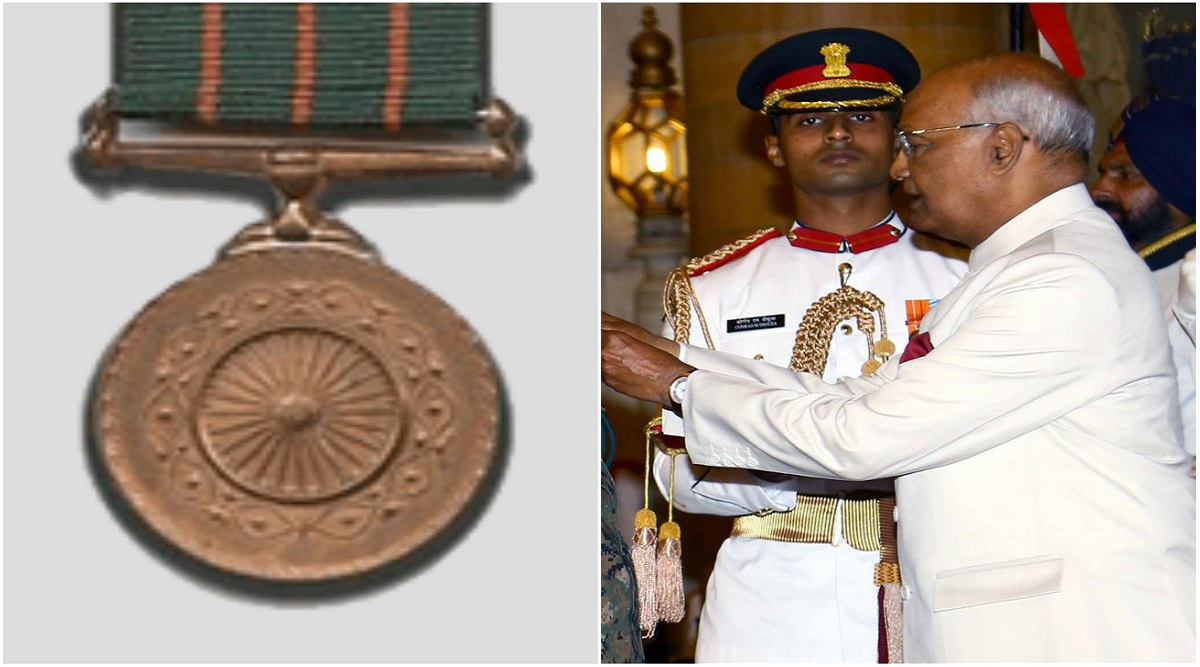 Shaurya Chakra is awarded by the President | (Photo Credits: PIB)

Lt Col Jyoti Lama was rewarded for killing two terrorists in an operation in Manipur in July last year. He is also credited for apprehending fourteen hardcore terrorists in his area of operation.

Sepoy Karmdeo Oraon, another valorous member of the Indian Army, was awarded Shaurya Chakra for an operation on Line of Control where he was hit by bullet on his bulletproof patka after which he lobbed nine grenades and killed two terrorists while thwarting the attack by four terrorists.

Naib Subedar Sombir of Jat Regiment was awarded Shaurya Chakra posthumously for killing foreign terrorist in operation in Jammu & Kashmir. In total, the government has conferred the honour upon five Army personnel.

The Shaurya Chakra is the third most coveted peacetime honour conferred upon a military personnel or a civilian by the President of India. In terms of precedence, the award comes next only to the the Ashoka Chakra and the Kirti Chakra. While the list of awardees is announced ahead of Republic Day, the badge of honour is conferred upon them at an event held later at the Rashtrapati Bhawan.