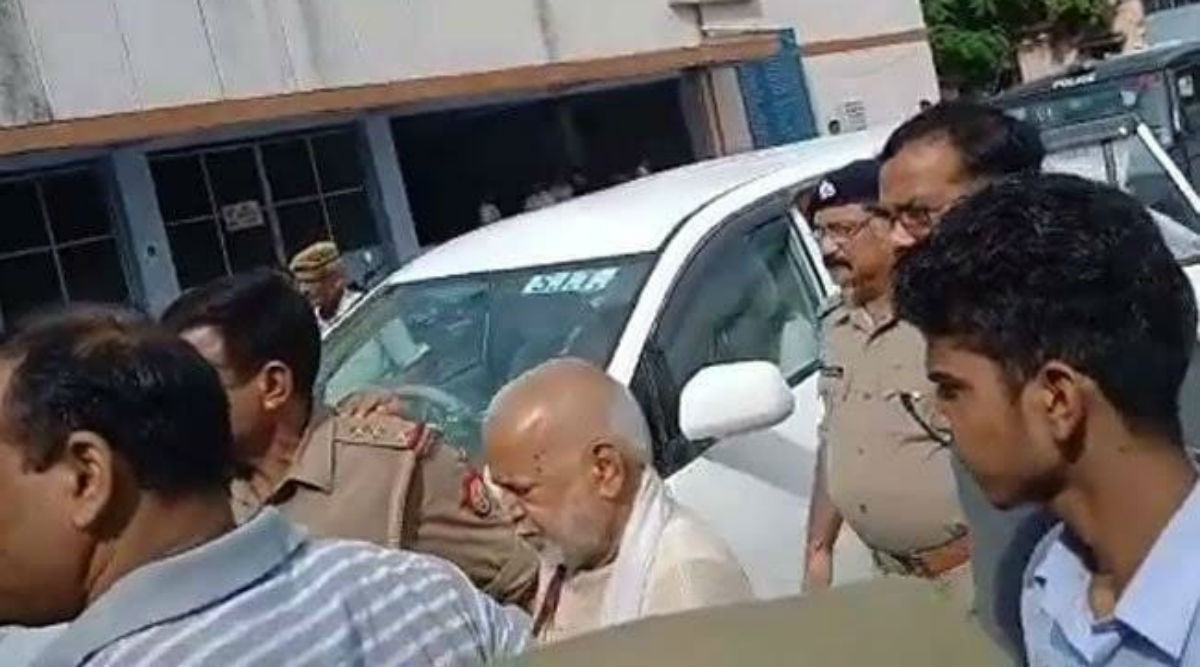 Shahjahanpur, February 3: The Allahabad Court on Monday, February 3, granted bail to former Union Minister and Bharatiya Janata Party leader Swami Chinmayanand in the alleged rape case of a law student. In August last year, Chinmayananad was booked for kidnapping and criminal intimidation after a 23-year-old law student, who went missing, accused him of sexual harassment in a viral video. Swami Chinmayanand Rape Case: Law Student Who Had Accused Ex-BJP Leader of Sexual Exploitation Taken to College for Admission

The woman was a student of SS Law College, which was controlled by Chinmayanand, in Uttar Pradesh's Shahjahanpur. In the clip, she alleged that she was being exploited by powerful people. The woman had also urged Prime Minister Narendra Modi and Uttar Pradesh Chief Minister to help her. Swami Chinmayanand Rape Case: Ex-BJP MP Confesses to Sexual Conversations and Body Massage Allegations, Not Charged With Rape by SIT.

Chinmayanand has been booked under Sections 376C (Sexual intercourse by a person in authority), 342 (wrongful confinement), 354 D (stalking) and 506 (criminal intimidation) of the Indian Penal Code (IPC).

The Special Investigation Team on November 6 submitted charge sheets in two cases - one against Chinmayanand and the other against the law student who was herself accused by the former union minister of extortion. The woman, however, was granted bail in the extortion case.