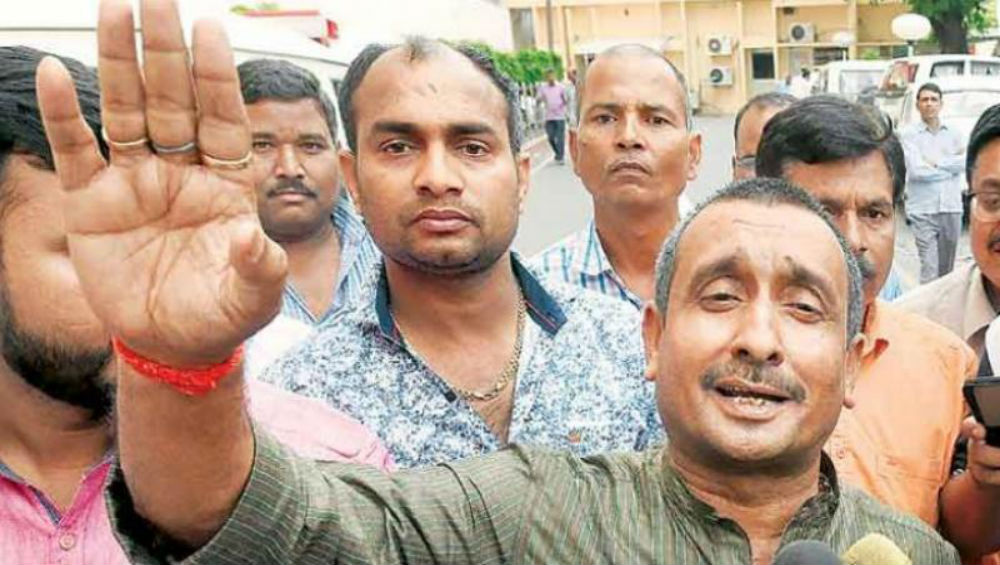 New Delhi, December 16: A Delhi court on Monday convicted expelled BJP legislator Kuldeep Singh Sengar in the case of alleged kidnapping and rape of a minor in Uttar Pradesh's Unnao in 2017. Delhi's Tis Hazari District Judge Dharmesh Sharma, however, acquitted co-accused Shashi Singh by giving benefit of doubt to him.

The arguments on sentencing will be held in December. Senger has been convicted under the charges of rape and Section 5 (c) and 6 (for public servant committing penetrative sexual assault against a child) of the Protection of Children from Sexual Offences (POCSO) Act. Unnao Rape Case Accused Kuldeep Singh Sengar Charged With Murder of Complainant’s Father.

Sengar, a four-time BJP MLA from Uttar Pradesh's Bangarmau, is accused of raping the girl at his residence in Unnao in June 2017, where she had gone seeking a job. He was arrested last year and is currently lodged in Tihar jail.

A day-to-day hearing was conducted into the case after it was transferred from Uttar Pradesh to the national capital on the directions of the Supreme Court, earlier this year after the rape survivor's car met with an accident in which two of her aunts were killed.

The Unnao rape survivor and her lawyer had also sustained grievous injuries in the accident. The family had alleged foul play.The girl was airlifted to Delhi's All Indian Institute of Medical Science (AIIMS) following the car crash. A special court was held there to record her statement. The charge sheet filed by the CBI on October 3 had revealed that the girl was allegedly kidnapped and raped for nine days at different places by three persons when she was a minor in 2017.

Her father was allegedly framed in an illegal arms case in 2018. He died in judicial custody within a week of getting arrested. The court had in August this year framed charges against Sengar and nine others in connection with his custodial death.