A man allegedly pronounced triple talaq to his wife as he didn't take bathe every day in Aligrah. The Women Protection Cell is providing counselling to the couple to resolve the issue and save their marriage. 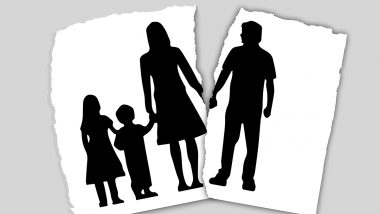 Lucknow, September 24: A woman has filed a complaint with the Aligarh Women Protection Cell alleging that her husband has pronounced Triple Talaq in Uttar Pardesh's Aligarh. Reports inform that the man took the alleged step as his wife failed to take a bathe every day. The duo has been married for two years and have a child together. The Women Protection Cell is trying to resolved the issue and providing counselling to the couple to save their marriage. Weird Reason to Divorce! Ahmedabad Man Alleges Wife Has Beard & Manly Voice, Court Rejects His Divorce Plea.

While the woman told the Cell that she wants to continue her marriage, her husband had repeatedly said that he wants to call of their marriage. "He also gave an application to us to help him get a divorce from his wife as she does not bathe every day,"said a counsellor working with the cell as quoted by News 18. The man in his plea told that a verbal spat breaks out between the couple daily after he asks his wife to take a bathe. Vadodara Man Seeks Divorce From Wife Because She Had Periods on Wedding Day, Alleges She Would Demand Unaffordable Luxuries.

The Women Protection Cell is providing counselling to the couple to resolve their issue as the reason for the divorce application does not fall in violent act or crime against women. The cell is also attempting to make them understand how their divorce can affect their child's upbringing. According to a report by News18, they have given some time to the duo to think through about this matter.

(The above story first appeared on LatestLY on Sep 24, 2021 12:34 PM IST. For more news and updates on politics, world, sports, entertainment and lifestyle, log on to our website latestly.com).