Uttar Pradesh Shocker: Aspiring Model Sedated, Filmed in Nude by Woman and Her Associates at Guest House in Lucknow

An aspiring model was filmed in nude by a woman and her associates after being given drinks, laced with sedatives. She was then blackmailed and asked to shell out Rs 5 lakh for deleting the video which they had uploaded on the Internet. 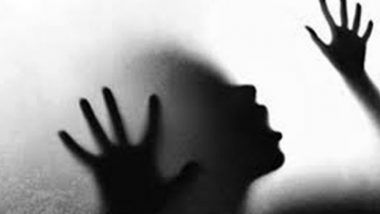 Lucknow, October 24: An aspiring model was filmed in nude by a woman and her associates after being given drinks, laced with sedatives. She was then blackmailed and asked to shell out Rs 5 lakh for deleting the video which they had uploaded on the Internet. The incident took place at a guest house in Vibhuti Khand police station area here, where the victim was asked to come for a screen test.

The woman filed a complaint at the police station on Saturday alleging that the accused have uploaded her video on different social media sites and are bullying her to pay Rs 5 lakh for deleting it. Karnataka: Youths Blackmail Woman Over Nude Pics and Videos, Extort Rs 5 Lakhs.

Police said the victim came in contact with one Diya Verma who offered her to work with Vaishnavi Film Productions and promised to launch her in modelling and films. The accused Diya later introduced the victim to Anoop Ojha, Varun Tiwari, Ayush Mishra, Priya Mishra and Sandeep Vishwakarma saying they were her colleagues. At the guest house, the victim was offered drinks laced with some sedatives and then given a costume and asked to go to the changing room to wear it.

"They filmed me when I was changing the dress and showed me the video later. They threatened me to act in an obscene film or they would upload my video on social media. When I did not yield to their pressure and refused to do any obscene scenes and asked them to delete the video from their camera, they demanded Rs 5 lakh for it. When I did not pay them, they uploaded the video on the Internet and have since been harassing me and demanding money," she alleged.

SHO, Vibhuti Khand, Chandra Shekhar Singh, said an FIR has been registered against the accused on the charges of causing hurt by poison, extortion, Information and Technology Act and other sections of the IPC and further investigations were underway.

(The above story first appeared on LatestLY on Oct 24, 2021 12:18 PM IST. For more news and updates on politics, world, sports, entertainment and lifestyle, log on to our website latestly.com).