The matter came to light after the mother of the accused conducted her own investigation and found the woman. A police team went to Hathras and brought the girl, who is now 22-years-old, to Aligarh to record her statement before the magistrate. 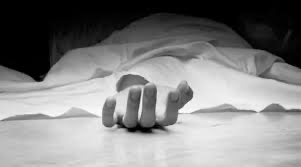 Muzaffarnagar, December 7: A woman, who had allegedly been kidnapped and murdered seven years ago, has now been found alive and living with her husband and two children in Uttar Pradesh's Hathras, 40 km away, police said. Her alleged killer is languishing in jail.

The matter came to light after the mother of the accused conducted her own investigation and found the woman. A police team went to Hathras and brought the girl, who is now 22-years-old, to Aligarh to record her statement before the magistrate. UP Shocker: Lucknow-Varanasi Intercity Express Train Passengers Allotted Seats That Do Not Exist.

"A few days later, the body of a girl was recovered in Agra. The girl's father went there and identified the body as that of his missing daughter based on her clothes. An FIR was lodged against the girl's neighbour on charges of kidnapping and murder in Aligarh. He was arrested and sent to jail," police added.

The accused was an 18-year-old student when he was arrested. He was released on bail a few years later. However, as he could not attend court proceedings, a non-bailable warrant was issued against him and he was sent to jail again.

"I always believed my son was falsely implicated in the murder case. I would ask everyone I knew if they had spotted the missing girl somewhere. Some took me seriously, some did not. I approached people and showed them the girl's photo which was then circulated in various circles," the accused's mother said. Uttar Pradesh Shocker: Mother of Two Puts Herself at Stake While Playing Ludo, Loses to Landlord in Pratapgarh.

"A few days ago, while a guruji was delivering a discourse in Vrindavan, he recognised the girl who had come to attend the programme there. Further inquiry revealed she was living with her family in Hathras," she added.

The mother, said, "Over the weekend, I went to the police and informed them about her whereabouts. I hope the officials will take swift action and my son will get back his freedom."

Deputy Superintendent of Police (Iglas), Raghvender Singh, said, "The girl has been produced before a local court and after getting the court's permission, we have started the procedure for DNA profiling to ascertain her identity. Further action will be taken based on the report."

(The above story first appeared on LatestLY on Dec 07, 2022 07:07 AM IST. For more news and updates on politics, world, sports, entertainment and lifestyle, log on to our website latestly.com).