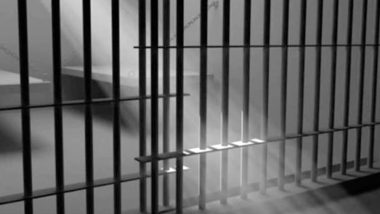 The infected inmates of the Baruipur Central Correctional Home are asymptomatic and have been admitted to an isolation ward of the prison hospital, an official of the Correctional Services Department said. Foreign Inmates at Tihar Jail Turn Violent, Damaged Gate Locks: Prison Authorities to Delhi High Court.

"They are being treated at the prison hospital. If needed, we will shift them to other hospitals as per the advice of the doctors," he said. Around 10 employees of the department posted in six correctional homes in the state had earlier tested positive for COVID-19 and they are being treated, the official said.

A senior official of the Baruipur prison had tested positive for the infection a couple of weeks back. West Bengal has recorded 18,559 COVID-19 cases, including 668 fatalities, till Tuesday.