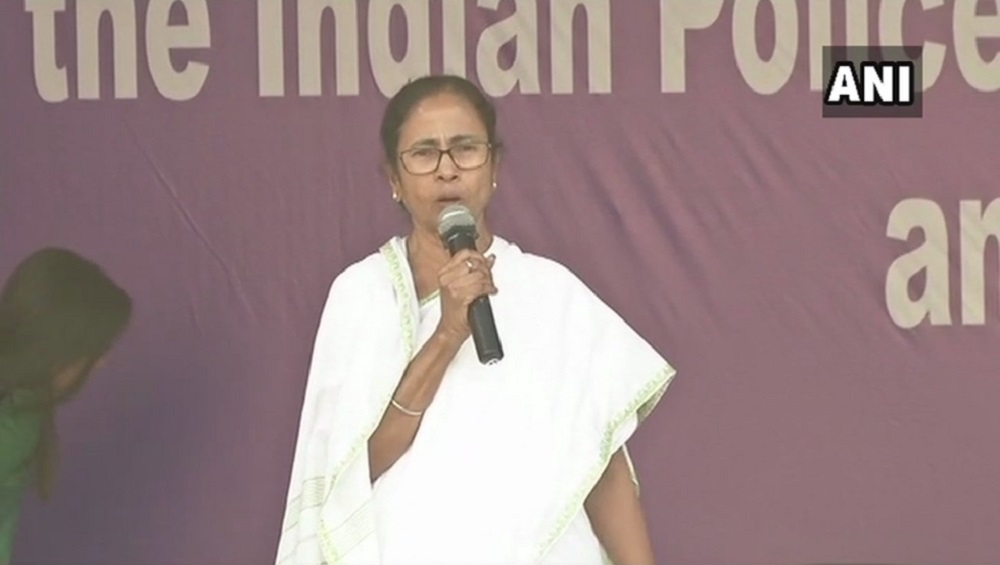 Kolkata, January 12: West Bengal Chief Minister Mamata Banerjee on Sunday skipped the event of the 150th-anniversary celebrations of the Kolkata Port Trust, which was inaugurated by Prime Minister Narendra Modi. Speculations were rife that the TMC supremo would share the dais along with Modi.

However, she was not present at the event. Banerjee's name was mentioned in the invitation card along with the Prime Minister, West Bengal Governor Jagdeep Dhankhar and Union Minister Mansukh Mandaviya for the event which was being held at Netaji Indoor Stadium. Mamata Banerjee: 'Told PM Narendra Modi During Meeting to Withdraw CAA, NRC, NPR'.

Earlier today, Modi announced that the Kolkata Port will be renamed as Syama Prasad Mukherjee Port. After attending the unveiling of dynamic architectural illumination of Howrah Bridge by the Prime Minister, Banerjee on Saturday said that she attended the event "due to constitutional obligation".

Modi had inaugurated the dynamic architectural illumination with synchronised light and sound system of Howrah Bridge, as a part of the 150th-anniversary celebrations of the Kolkata Port Trust.

During her one-on-one meeting with Modi, Banerjee demanded that both the Citizenship Amendment Act (CAA) and National Register of Citizens (NCR) should be withdrawn.The Prime Minister is currently on a two-day visit to West Bengal.