Why Immediate Expensing and Thinking Leads to Long-Term Failure 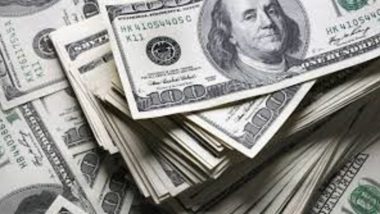 In the midst of COVID-19 and the current protests and riots, the nation is on edge.

Politicians are exploring a variety of solutions to mitigate the massive losses due to the fallout of coronavirus.

Recent congressional proposals to allow companies to immediately expense 100% of real estate, though well-intentioned, would entail far more negative consequences than the purported benefits put forth by its proponents. Essentially, it would enable companies 100% immediate expensing for all costs, including all types of buildings, in an attempt to incentivize companies to return to the U.S. from overseas to jump-start the economy.

Like many governments proposals, short-sighted gains need to be weighed against long-term impacts and unintended consequences. Proposals that will cost an estimated $1 trillion (this number is based on the Tax Foundation’s 2017 estimates) must take into account where the majority of the burden will fall. Like many wide-sweeping federal responses, the cost most likely falls on those least-equipped (especially in the midst of COVID-19’s economic effects) to manage it: small businesses and individuals.

This isn’t the first time the U.S. has entertained this type of policy. In the 1980’s, a similar proposal was implemented and depreciation of buildings was reduced in an attempt to stimulate the economy. This caused massive negative economic consequences. Companies created tax shelters without economic demand, resulting in massive overbuilding, which significantly contributed to the savings and loan/real estate crisis that rocked the nation. Though the IRS and other regulations are in place to prevent reverberations of this nature, some of the rules have loopholes and the IRS is not able to process and audit every tax incentive that the wealthy use to leverage their investments.

Often in times of crisis, urgency outweighs intricacies like ensuring legislation that may seem solid at face value doesn’t come with a slough of problematic long-term outcomes. Predicting and closing loopholes and potential manipulations of new systems can be next to impossible. The Small Business Administration has already begun catching loopholes with people abusing $5,000 forgivable advances on $1000 loans among others. With the immediate expensing proposal, investors would be able to over-leverage their assets, gain exorbitant tax credits, and continue the death of small businesses while catering to the goliaths. The people who stand to gain the most from these monumental tax breaks are not naive--they know the risks, the costs, and who will end up paying the consequences. The benefits of these breaks are localized while the risk and consequences are spread out and politicians must be aware of the motivations behind the lobbying of this proposal and whose interests are truly being served.

While it’s difficult, responses to the current crises must be measured in the long-term and focus on sustainable growth, as well as sustainable economic enrichment. For this proposal, the near-future gains are much less promising than the long-term consequences. After the 2017 Tax Cuts and Jobs Act allowed corporations and self-owned businesses to immediately deduct the full cost of most investments, many advocates of the policy concede that expanding it further might not help the short-term economy.

In theory, expansion of structures could increase incentives for companies to create more factories or new facilities. But tax experts say it's likelier to give a significant tax benefit to real estate developers and the costs far outweigh the benefits. For years before 2018, this would allow companies to deduct against a 35% corporate tax rate instead of today's 21%. This provision of CARES, which repealed a limit put in place by the TCJA, has been criticized as too generous to real estate partnerships and other entities whose losses are only on paper.

A National Tax Reform Expert and member of the Forbes Finance Council, Julio Gonzalez, has been a vocal opponent of this proposal. With over twenty years of experience with handling taxes and accounting for the big five firms, the CEO of Engineered Tax Services (ETS) has turned his focus towards helping small businesses with the same tools as the “big guys.” Given his experience with both massive corporations and smaller businesses, Gonzalez believes the proposal will fall unjustly on the small businesses unable to bear the burden while primarily benefiting big real estate developers. Even though immediate expensing would benefit Gonzalez in the millions, he’s ardently lobbying against it as he understands the disastrous long-term effects.

While there have been some large brand bankruptcies, most of the economic fallout has left small businesses taking the hardest blows. The focus of all crisis-response legislation under consideration should be getting Americans back to work, reinvigorating the economy, and mitigating as additional much damage as possible. Unfortunately, immediate expensing and similar approaches pose a large threat to America’s potential of making it back to the previous economically strong state it was in just before COVID-19 sent it spiraling out of control.

The best way for citizens to prevent this economic fallout on small businesses is to contact their local representatives (www.usa.gov/elected-officials) and tell them they’re against the immediate expensing proposal.