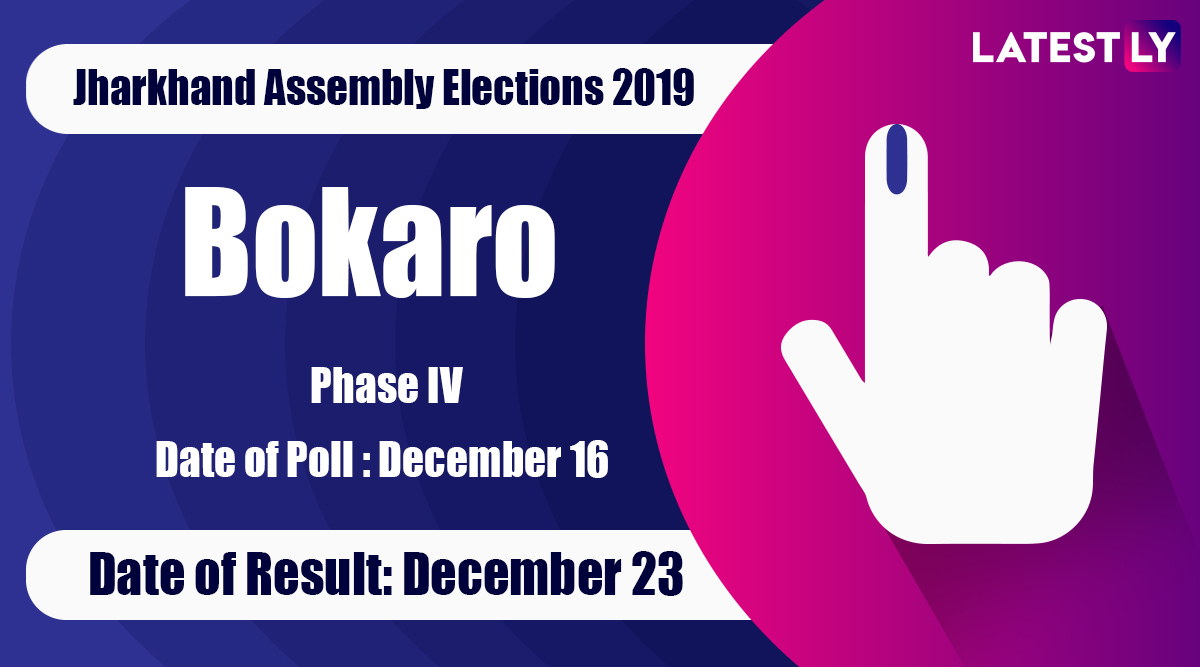 Jharkhand, December 11: Bokaro Vidhan Sabha constituency belongs to the Dhanbad Lok Sabha constituency and will have their 2019 General Assembly polls on November 16. As per the 2011 India Census, the city has a population of 564,319 and is referred to as the Bokaro Steel City. In the 2014 General Assembly Elections, Biranchi Narayan from the BJP party won with 11,4321 votes ahead of Independent candidate Samaresh Singh.

Bokaro is bounded on the east by Dhanbad and Purulia, on the west by Ramgarh and Hazaribagh, on the north by Giridih and on the south by Ranchi. The counting of votes and the declaration of the results will take place on the same day, which is December 23. Jharkhand Assembly Election 2019 Dates: Know Phase-Wise And Constituency-Wise Schedule For Vidhan Sabha Polls.

A total of 15 constituencies will have their polls in phase 4 elections. The last date of filing the nomination papers was November 29 and the scrutiny was done on November 30. December 2 was the last date for the candidates to withdraw their candidature.