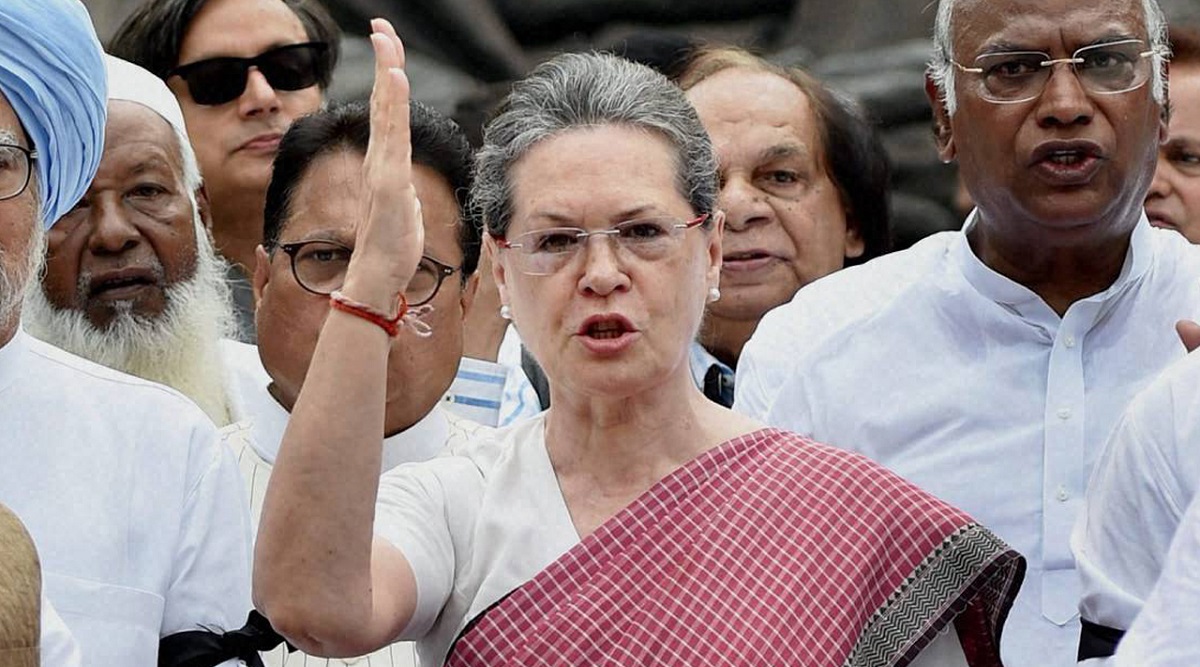 New Delhi, December 11: As the Citizenship Amendment Bill 2019 passed in the Upper House of the Parliament, Congress interim president Sonia Gandhi issued a statement on Wednesday called this a 'Dark Day in Constitutional History of India'. She was of the opinion that the passage of the CAB 2019 marks the victory of narrow-minded and bigoted forces over India's pluralism.

Expressing her dissatisfaction over the passage of CAB 2019 via voice vote in Rajya Sabha -- 125 in favour and 105 against, Sonia stated that Bill 'fundamentally challenges the idea of India that our forefather fought for and, in its place, creates a disturbed, distorted and divided India where religion will become a determinant of nationhood'. Citizenship Amendment Bill in Rajya Sabha | Highlights: CAB Clears Upper House Deck After Hectic Debate, 124 MPs Support Law, 99 Vote Against It.

Here's a tweet by INC on Sonia Gandhi's statement:

Apart from this, she said, "The Citizenship Amendment Bill is not just an effort to the eternal principles of equality and religious non-discrimination that have been enshrined in our constitution, but represents a rejection of an idea that would be a free nation for all her people, irrespective of religion, region, caste, creed language or ethnicity." Adding more, the Congress chairperson stated that CAB is flawed legislation, which is antithetical to the spirit of freedom movement and violative of the soul of India.

Ending the note in an anguished manner, Gandhi remembered Mahatma Gandhi and said that the bill had been pushed by the BJP-led Union government when both India and the world are celebrating the 150th Birth Anniversary of Mahatma Gandhi. Echoing similar views, Trinamool Congress MP Derek O'Brien had said that the ideology of Nazi Germany inspires the CAB. While Congress leader Anand Sharma claimed CAB would fail the "morality test" and jolts the foundation of Indian constitution.