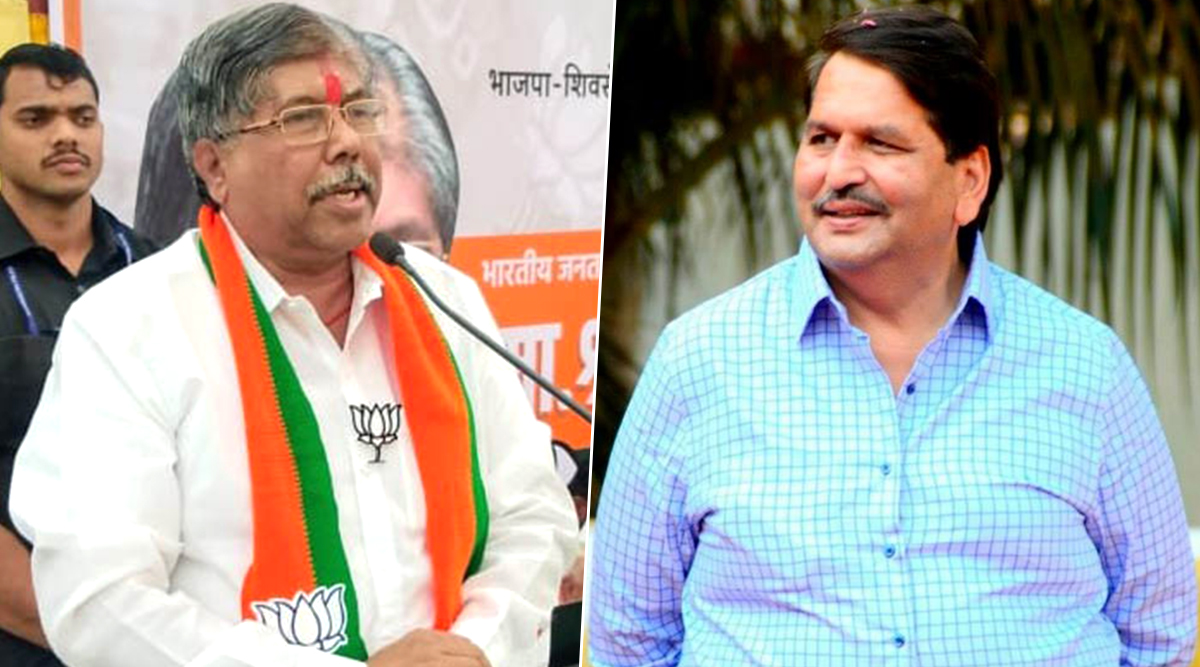 Mumbai, February 13: The Bharatiya Janata Party (BJP) in Maharashtra has reappointed Chandrakant Dada Patil as the party's Maharashtra unit president. Meanwhile, and Mangal Prabhat Lodha has been appointed as the BJP Mumbai President. Both the leaders, who were appointed in July last year, have been given full terms. The appointment of the two leaders are applicable with immediate effect in Maharashtra, an order issued by BJP national general secretary Arun Singh stated.

Chandrakant Dada Patil, who is 60 years old, has been the Maratha face of the BJP in Mahrashtra. He was appointed the BJP’s state chief in July 2019. Patil had held the number two position in the Fadnavis government. Meanwhile,  Mangal Prabhat Lodha, who is the founder of real estate firm Lodha Group has been appointed as the president of the Mumbai BJP. Maharashtra BJP Chief Chandrakant Patil Denies Reports of Pankaja Munde Joining Shiv Sena, Calls Them 'Rumours'.

According to reports, top BJP leaders of Maharashtra would meet over the weekend in Navi Mumbai to discuss core issues. The conclave would be addressed on Sunday by BJP national president JP Nadda.