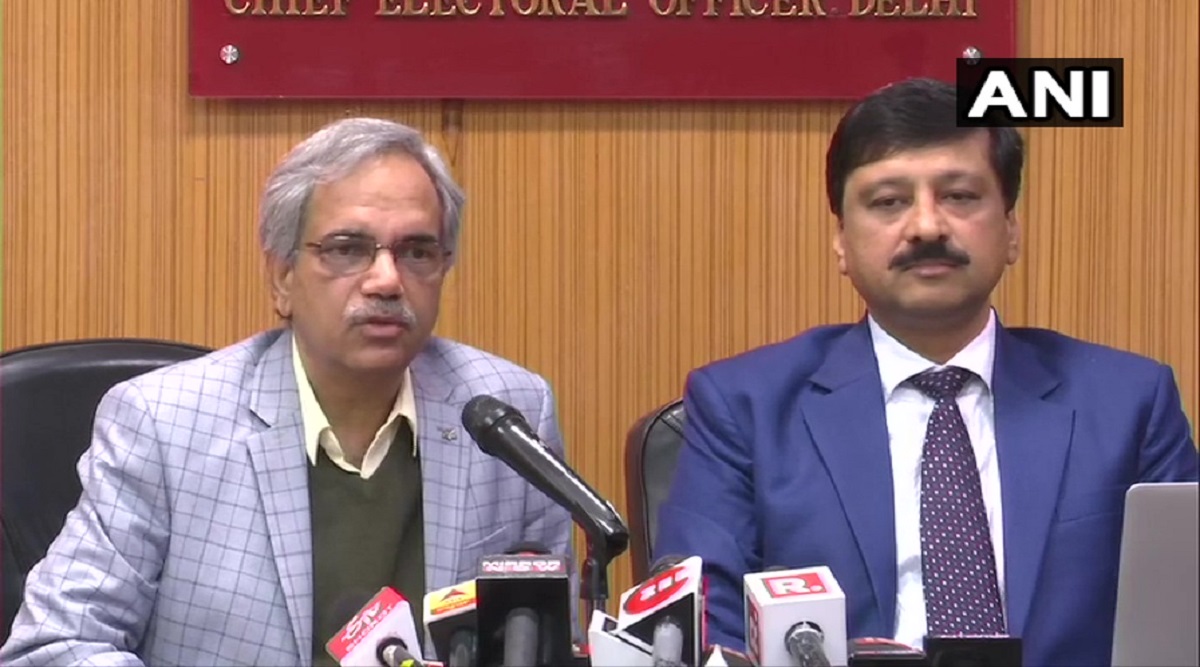 New Delhi, February 9: The Election Commission on Sunday declared the final voter turnout figures of the Delhi assembly polls 2020. Chief Electoral Officer (CEO) Ranbir Singh, while addressing the press, announced that an overall turnout of 62.59 percent was recorded by the polling body. The delay in announcement of the total electoral participation was due to "overnight scrutiny" of the data received from presiding officers, he said.

"The Returning Officers were busy throughout the night. They were busy in scrutiny. In data entry, it is very important to ensure accuracy. That is why took some time," CEO Singh told mediapersons. Data was fetched from over 13,000 polling stations, and data from each one of them had to be scrutinised, added another EC official. Delhi Elections 2020: 'What's Conspiring?' Asks AAP as EC Is Yet to Declare Final Voter Turnout; Arvind Kejriwal Calls It 'Shocking'.

"I assert that it wasn’t delayed. We wanted to come to you with the exact percentage and number of voters," said Sandeep Saxena, Deputy Election Commissioner on Delhi. The officials further pointed out that the participation of male voters was marginally higher, at 62.62 percent, as compared to their female counterparts (62.55 percent).

The polling body, at 10:17 pm last night, announced that a turnout of 61.43 percent has been recorded by them as per the data received so far. The final turnout, they had said, would moreover be the same. While the EC was expected to release the final turnout figures shortly, the delay caused had drawn flak from the ruling AAP.

"As per the procedure the EC should address a press conference shortly after the polls conclude and announce the final voter turnout. But for the first time in the last 70 years, the polling body has not revealed the final turnout figures. Why are not they not revealing it? Is there a conspiracy? What is the agenda behind not announcing the voter turnout percentage?" senior AAP leader Sanjay Singh had asked.

Singh, on Saturday night, had also tweeted a video alleging "non-authorised movement" of the electronic voting machines (EVMs). The AAP MP said the clip shows prima facie violation of the protocol under which EVMs should be transferred to the strong rooms after the polling concludes.

Responding to Singh's charge, the Election Commission said proof was shown to the polling agents of key political parties about the safety of EVMs. The seal on each of the voting machines were intact and none of them were opened in the absence of the candidates, the EC officials said.

The final voter turnout, at 62.59 percent, marks a dip as compared to the 2015 assembly elections. In the last polls, a turnout of 67.12 percent voting was recorded. Despite the lower turnout this time, the exit polls suggested a similar wave in favour of the Arvind Kejriwal-led party. The AAP, as per the aggregate of most major exit polls, is expected to win 56 out of the 70 constituencies, whereas, the BJP is predicted to be restricted to 13 seats.