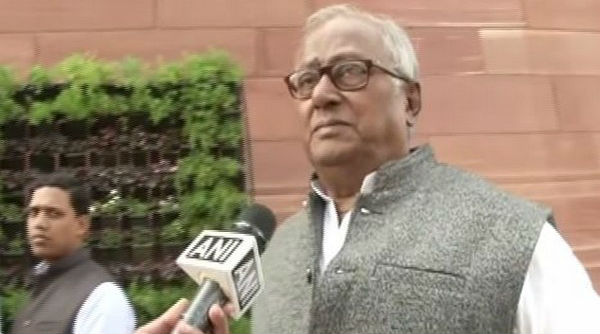 As per the official Election Commission trends till 12:10 pm, Arvind Kejriwal-led AAP is leading on 58 seats whereas the BJP is ahead on 12 out of 70 assembly seats. Delhi went to polls in a single-phase on February 8. Delhi Assembly Elections Results 2020: AAP Set to Retain Power, Congress Congratulates Arvind Kejriwal, BJP Concedes Defeat.

"I am happy that the Aam Aadmi Party is leading. It is happening according to the wish of people of Delhi," Roy told ANI.Taking a dig at BJP, Roy said: "BJP high voltage has emerged as the false show. Two hundred parliamentarians, chief ministers of 15 states and 70 ministers could not convert the BJP's defeat into victory.

"The counting of votes for 70 seats of the Delhi Assembly began amid tight security at 8 am today.AAP, BJP and Congress are the main political parties in the fray. The primary fight is between the ruling AAP and the BJP which is seeking to make reentry into the state politics in the national capital after over 20 years.