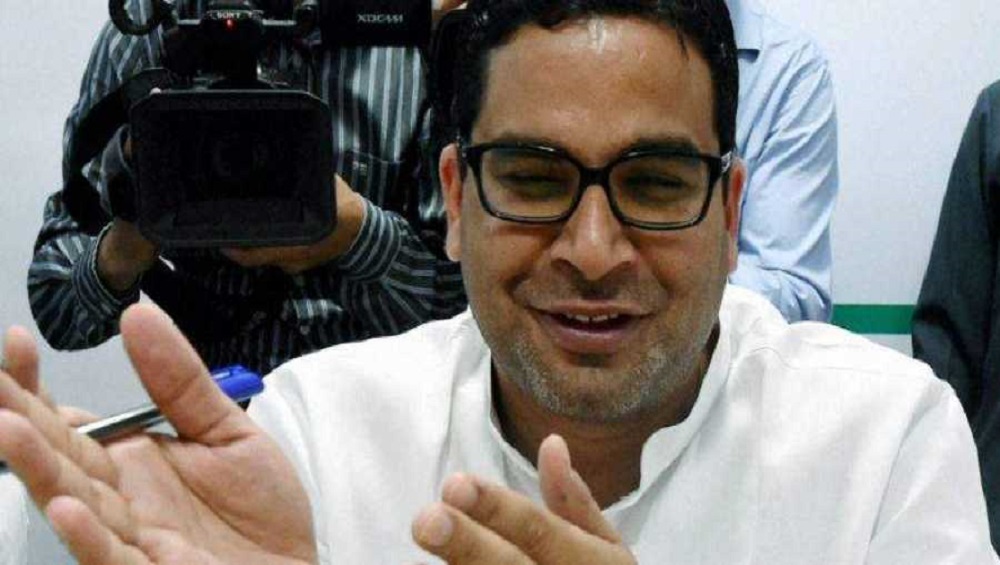 "Thank you, Delhi for standing up to protect the soul of India!" Kishor's tweeted as the trends showed AAP leading on 58 seats against BJP's 12 in the 70-member Assembly. Delhi Assembly Elections 2020 Results: Prashant Kishor Thanks People For 'Protecting Soul of India' As AAP Heads Towards Victory.

Thank you Delhi for standing up to protect the soul of India!

Kishor was expelled from JD(U), a short while ahead of the Delhi Assembly elections, following a tiff with party chief and Bihar CM Nitish Kumar over the Citizenship Amendment Act (CAA). While JDU MPs and Nitish Kumar had sided with the BJP, Kishor had expressed his dissatisfaction with the party's decision on the topic.

JDU had also participated in the Delhi polls, with its candidates contesting on three seats alongside BJP. None of them, however, have been able to take the lead as the counting process enters the mid-rounds. Delhi Assembly Election Results 2020 Winners' List Live Updates: Check Party-Wise and Constituency-Wise Names of Winning MLAs of AAP, BJP, Congress.

Kishor had on January 30 said that he will announce his future plans post the outcome of Delhi elections."I will formally speak about my plans for the future on February 11 in Patna (Bihar). Until then I am not speaking to anyone," Kishor told ANI. JDU sacked Kishor along with Pavan Varma for allegedly indulging in anti-party activities.