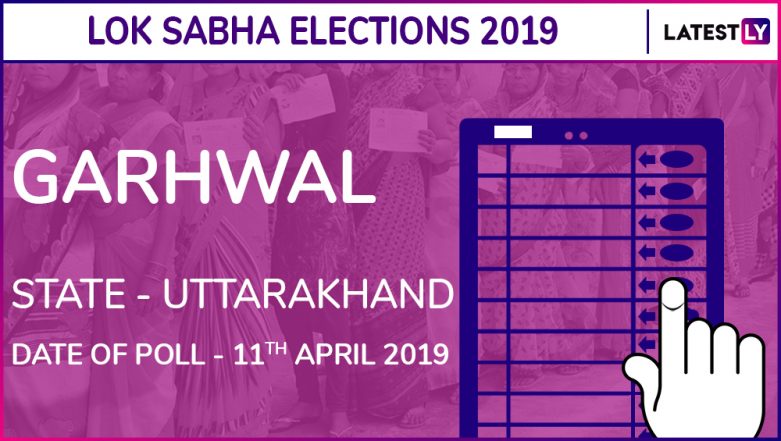 Results for the Garhwal Lok Sabha Constituency in Uttarakhand along with four other constituencies of the hill state has been declared by the Election Commission of India (ECI). Tirath Singh Rawat of the Bharatiya Janata Party (BJP) has won the seat. Rawat was fielded against Congress candidate Manish Khanduri. The counting of votes for the Garhwal Lok Sabha Constituency began at 8 AM on Thursday, May 23. The counting of votes began on this Parliamentary seat in Uttarakhand at 8 am on Thursday, May 23. Voting for the Garhwal seat took place in the first phase of Lok Sabha Elections 2019 that were held on April 11. According to ECI, a total voter turnout of 54.52 per cent was recorded.

The seat comprises five districts namely Chamoli, Pauri Garhwal, Rudraprayag, Nainital (part) and Tehri Garhwal (part). This constituency came into existence in 1957, following the delimitation of Lok Sabha constituencies. The seat is not reserved for any category and its constituency number is 2.  Lok Sabha Elections 2019 Schedule: Voting In 7 Phases From April 11 to May 19, Counting And Results On May 23; Check All Dates For General Elections.

Dr. Kailash Shanker Trivedi of the  Bhrastachar Ka Ant Party, Tirath Singh Rawat of the Bharatiya Janata Party, Dr. Mukesh Semwal of the Socialist Unity Centre Of India (Communist) and Shanti Prasad Bhatt of the Uttarakhand Kranti Dal are the official candidates for this constituency.

In the Garhwal constituency in Uttarakhand, the Congress party has fielded veteran BJP leader Bhuvan Chandra Khanduri's son, Manish Khanduri. Reports inform that the two-time chief minister BC Khanduri has represented the constituency thrice on BJP tickets and is the incumbent MP. As per reports, National Security Advisor Ajit Doval’s son Shaurya is seeking a BJP ticket to run for elections from this constituency. Uttarakhand Lok Sabha Elections 2019 Dates: Constituency-Wise Complete Schedule of Voting and Results for General Elections.

Watch: All You Need to Know About Phase I of Lok Sabha Polls 2019

List of States And Constituencies That Will Vote in Phase I On April 11:

In the 2014 Lok Sabha Elections, BJP’s Bhuwan Chandra Khanduri had won with a thumping 4,05,690 votes and had defeated (Dr) Harak Singh Rawat of the Congress party. In the state elections that were held in 2017, the ruling BJP won 57 out of 70 seats. The Congress, which won 11 seats, is the opposition in the state.

Earlier in March, the Election Commission of India (ECI) had issued a notification for the first phase of the 2019 General Elections, slated to be held on April 11. A total of ninety-one Lok Sabha constituencies from 20 states will vote on that day. The Lok Sabha Elections 2019 will be held in seven phases from April 11 to May 19, and the results will be announced on May 23.