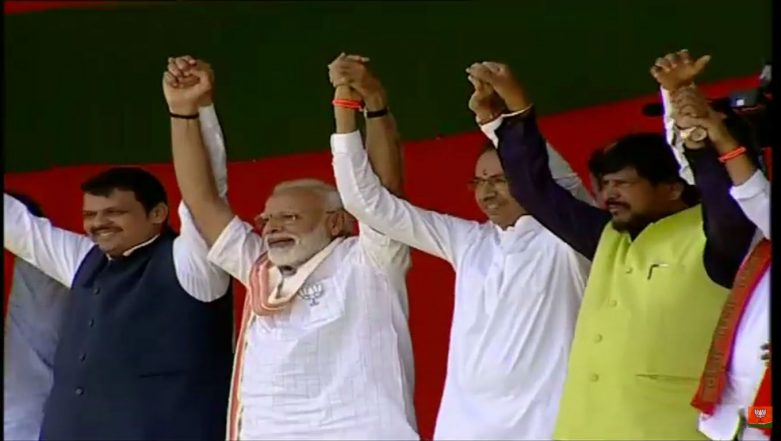 According to the IANS-CVOTER exit poll, the NDA is likely to win 34 seats out of the 48 parliamentary constituencies in Maharashtra. The Congress-led United Progressive Alliance (UPA) is projected to win 14 seats. It had won only 6 seats in 2014. The vote share projections show NDA to have a greater share of 42.6 per cent, followed by the UPA at 38.5 per cent.

In 2014, the BJP had won 23 seats while its ally Shiv Sena had won 18 seats while one seat went to the Swabhimani Paksha. For the UPA, the Congress had won 2 seats in 2014 while the Nationalist Congress Party (NCP) got 4 seats. The seven-phase Lok Sabha elections ended on Sunday and the final results will be announced on May 23. IANS-CVoter Exit Poll Results For Gujarat: BJP Set To Win 22 Seats In State In Lok Sabha Elections 2019.