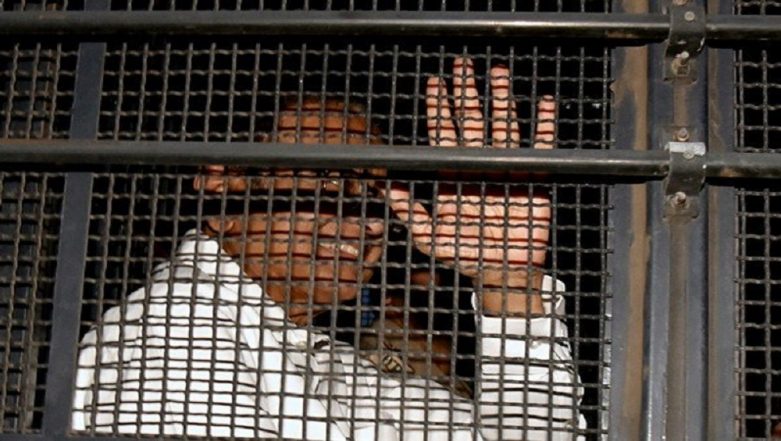 New Delhi, September 6: A delegation of the Congress party on Friday went to Tihar Jail to meet former Finance Minister P Chidambaram but it was not allowed to meet him as the allotted time was over. The delegation included Mukul Wasnik, P C Chako, Manikkam Tagore, Avinash Pandey and other leaders.

The delegation met inquired with the Jail Superintendent about Chidambaram. One of the members stated that they went on the instructions of Congress interim president Sonia Gandhi to show solidarity with Chidambaram. A CBI court had on Thursday sent Chidambaram to judicial custody in Tihar Jail till September 19 in the INX Media case, saying that allegations against him were found to be "serious". In Tihar Jail, P Chidambaram Will be Lodged in Jail No 7 Where Son Karti Was Kept; Cell Has Cot, Western Toilet.

The Rouse Avenue court allowed Chidambaram's application to provide a separate cell to him with adequate security. The Congress leader filed the application, seeking a direction to ensure safe detention while in judicial custody.

Chidambaram is facing probe in cases registered by the CBI and the ED pertaining to alleged irregularities in the Foreign Investment Promotion Board clearance given to INX Media to the tune of Rs 305 crore in 2007 when he was the Union Finance Minister.