Rahul Gandhi Condemns BJP Govt, Says There Is Rise in Violence and Atrocities Against Women 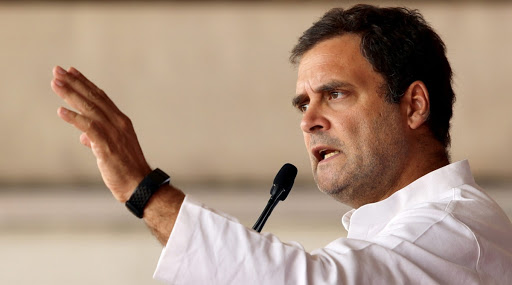 Sultan Bathery, December 7: Congress leader Rahul Gandhi on Saturday condemned the BJP-led government at the Centre for the alleged rise in violence across the country, particularly against as women. "You have seen the increase in violence across the country. Lawlessness, atrocities against women. Everyday we read about a girl getting raped and molested. Violence against minority communities and dalits is also increasing, Gandhi said at the opposition Congress-led United Democratic Front (UDF) convention here.

The reason for the increasing lawlessness is the breakdown of the institutional structures. "It is because the man who is running the country believes in violence and indiscriminate use of power," Gandhi alleged. "The world used to look towards India for direction, but now they look at us and say the country does not know how to treat its women," he said. Rahul Gandhi Plays Cricket With Local Boys in Rewari After His Chopper Makes Emergency Landing; Watch Video.

The remarks comes a day after Unnao rape victim, who was set ablaze, died at a hospital in Delhi and the recent incident of a young veterinarian being raped, killed and set ablaze in Hyderabad by four people.

The country's biggest strength used to be its economy, now it was its biggest weakness, the Wayanad MP said adding Prime Minister Narendra Modi does not have a concept of taking this country forward. Later, Gandhi inaugurated a new department block of psychiatry and de-addiction centre at a hospital here and interacted with 400 newly trained disaster management volunteers at Kalpetta.