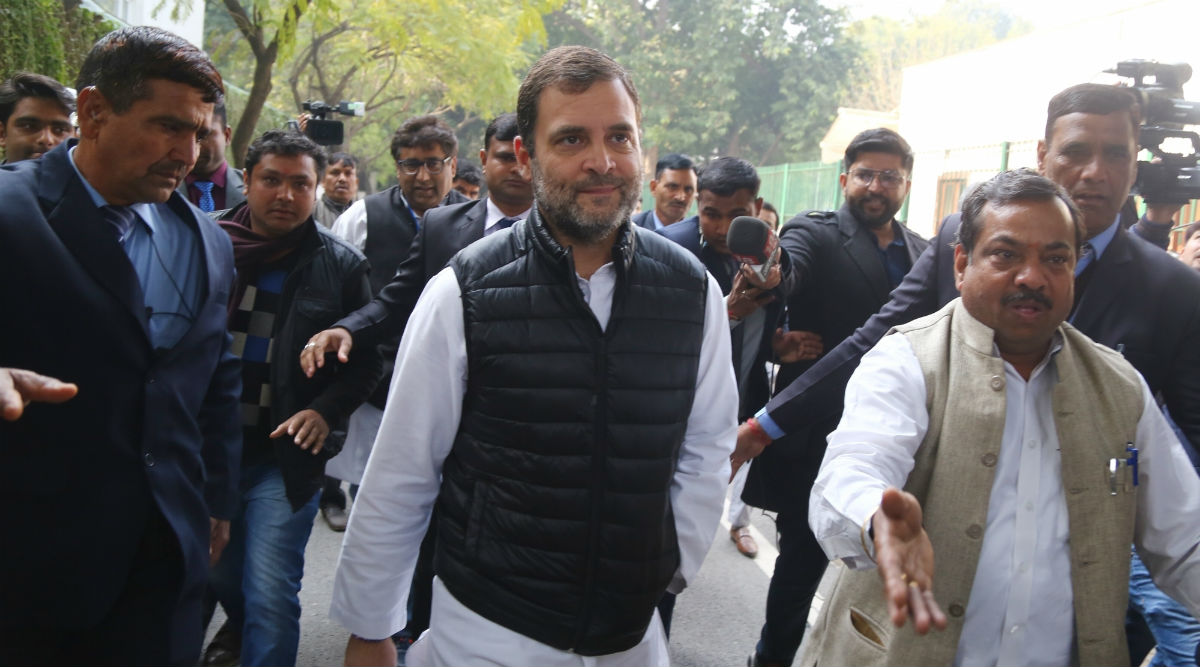 New Delhi, February 11: Senior Congress leader Rahul Gandhi congratulated his political rival and Aam Aadmi Party (AAP) national convener Arvind Kejriwal on the party's landslide victory in the Delhi assembly elections 2020. The congratulatory tweet came from the Gandhi scion even as the Congress clocked its worst ever performance in the assembly polls of the national capital. Delhi Assembly Election Results 2020: With Another '0' and Less Than 5% Vote Share, Is This The End of Congress in NCT?

"My best wishes and congratulations to Mr Kejriwal and the AAP on winning the Delhi Assembly elections," Rahul Gandhi said on Twitter, as the consolidated trends projected a victory for the AAP in 63 out 70 constituencies. The BJP, meanwhile, as restricted to 7 seats and the Congress ended up drawing a blank.

My best wishes & congratulations to Mr Kejriwal and the AAP on winning the Delhi Assembly elections.

This marks the second consecutive assembly elections in Delhi where the Congress has ended up drawing a blank. 63 of the 66 candidates fielded by the party ended up losing their deposits. The party's vote share dipped to the lowest-ever 4.6 percent -- nearly half of what it had secured in the 2015 assembly polls in the national capital.

The AAP, meanwhile, recorded a hat-trick of victories in Delhi assembly polls. The Arvind Kejriwal-led party, which first came to power in 2013, has ended up repeating the thumping mandate it received in the 2015 polls. With this victory, Kejriwal has joined the list of Indian politicians, including the now Prime Minister Narendra Modi, who have retained their chief ministerial chair for three times in a row.