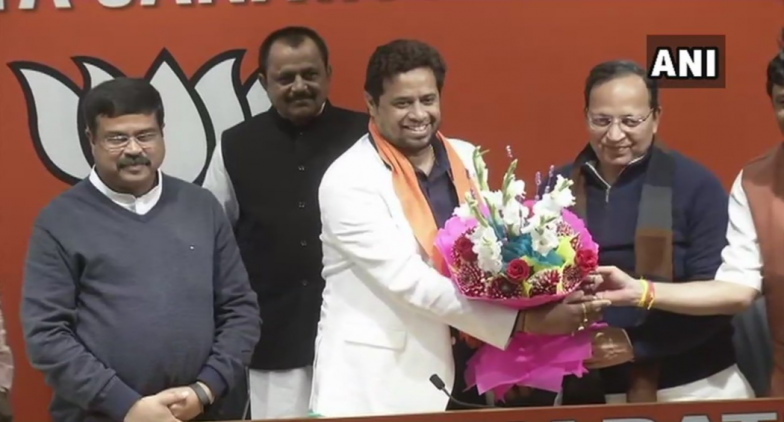 This move is expected to boost BJP's prospects in the upcoming 2019 Lok Sabha elections in West Bengal. Earlier today, Khan met BJP national president Amit Shah before the news broke out that he is joining BJP. Khan while speaking to media told that "he wanted to work with Prime Minister Narendra Modi." Actress Moushumi Chatterjee Joins BJP, Likely to Contest in 2019 Lok Sabha Elections From West Bengal.

Saumitra Khan is a member of parliament to the Lok Sabha from Bishnupur constituency in West Bengal. He won the 2014 elections being a Trinamool Congress candidate. Meanwhile, on Tuesday, Khan uploaded a post on Facebook in which he claimed that a cop was trying to kill him. Following the controversial post, reports said, he was pulled by senior party leaders. Is Mamata Banerjee Scared of the BJP?

Earlier on January 2, Veteran actress Moushumi Chatterjee joined BJP in the presence of party National General Secretary Kailash Vijayvargiya in New Delhi. "I have not joined BJP for any post but to work for the party. I will accept whatever responsibility party bestows on me," said Chatterjee soon after becoming a member of BJP.