The study also found that the men who went to bars and parties more often tended to have sex without commitment and a greater number of sexual partners. 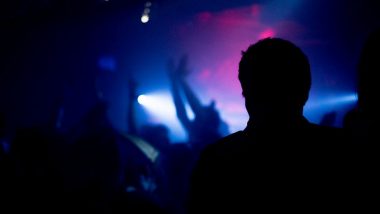 New York, April 25: College-going boys who often attend parties or go to bars for drinks are more likely to be sexually aggressive compared to those who do not, says a new study."We found that it wasn't alcohol use, per se, that leads to sexual aggression," said Michael Cleveland, Associate Professor at Washington State University. The memory of Sexual Violence Haunts Women for Decades: Study.

"But the combination of alcohol and the setting that the drinking takes place in had a major impact on the number of reported aggressive tactics used," Cleveland added.A group of over 1,000 college males participated in a survey for the research. The survey was conducted by email or online.

"We asked them how often they drank and if and how often they went to bars or parties," Cleveland said."Then we asked if they used any specific tactics to convince, or even pressure, women to have sex with them," he added. New Video Game 'Rape Day' Encourages Users to Sexually Assault and Murder Women, Petition Demanding Ban Filed After Severe Backlash.

Those tactics ranged from threatening to break up with her to getting her drunk and harming her physically.

The findings published in the Journal of Studies on Alcohol and Drugs showed that more the male students reported drinking as freshmen, the more likely they were to commit a sexually aggressive act.

The study also found that the men who went to bars and parties more often tended to have higher levels of impersonal sexual orientation, characterised by a preference for sex without commitment and a greater number of sexual partners.

(The above story first appeared on LatestLY on Apr 25, 2019 04:21 PM IST. For more news and updates on politics, world, sports, entertainment and lifestyle, log on to our website latestly.com).