Kim Kardashian Stuns in a Tiger-Print Dress, Sets the Saturday Mood for Fans With Sultry Pictures 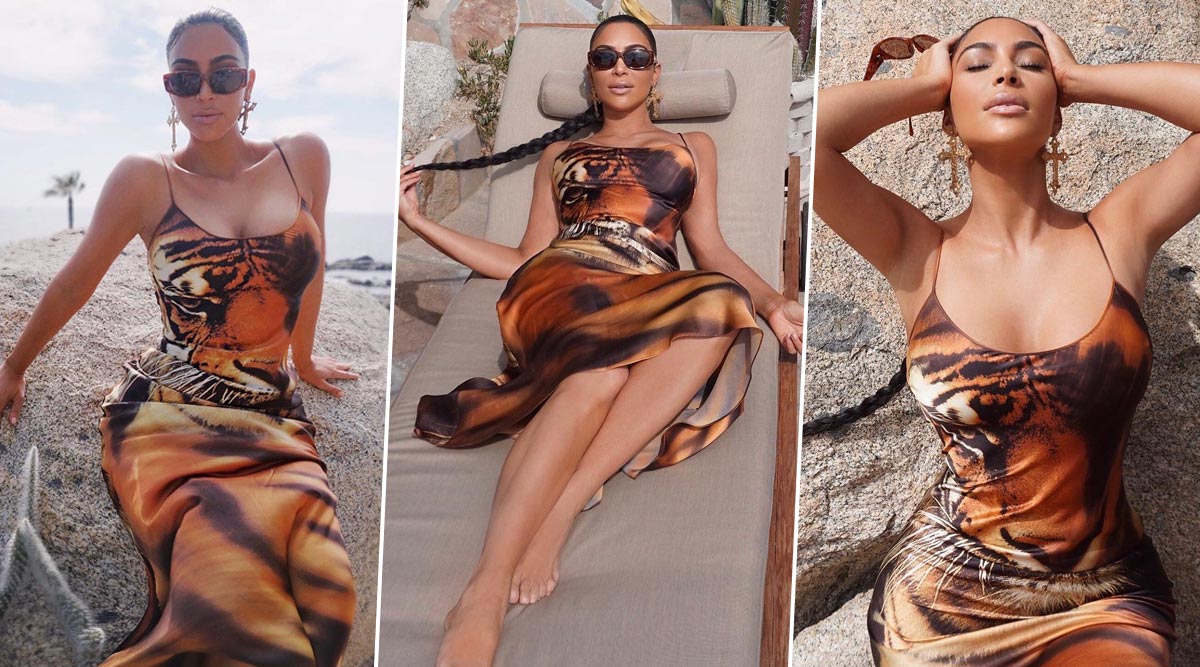 Kim Kardashian sure knows how to make heads turn and is often seen posting pictures sporting racy attires. The Keeping Up With the Kardashians star decided to make our Saturday morning even more special as she took to Instagram to share pictures of herself sporting a Tiger print dress. Kim was seen posing by the beachside and we have to say she pulled off the animal print dress extremely well. She shared a series of pictures in the dress and chose to wear chunky earrings and classy black shades with the same. Kim Kardashian’s Daughter Chicago West Turns 2! Aunt Kylie Jenner Shares Photos From Disney-Themed Birthday Party.

The pictures are now receiving a lot of love from her fans who are always in love with her fashion choices. Kim is all beach-ready in these photos considering she's also sporting the go-to beach hair-do, a pigtail. Not long ago, Kim was busy giving everyone a tour of her walk-in fridge and left netizens in shock with the sheer enormity of it. It's been a while since we saw her post a few hot pictures of herself and looks like that's why she decided to make this Saturday special.

A few days ago, Kim's daughter Chicago celebrated her second birthday party and it was a special celebration given that The Keeping Up With the Kardashians' star hosted a Disney-themed birthday bash for her youngest daughter. The pictures suggested that it was a dreamy birthday bash for Chicago who looked the cutest in her Minnie Mouse getup.