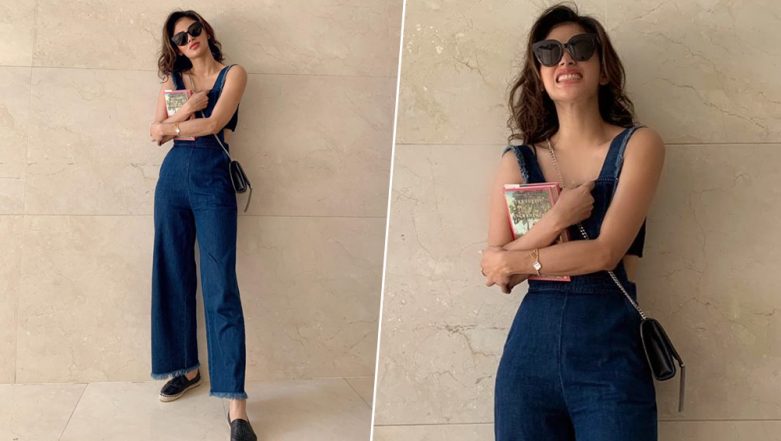 Television turned Bollywood actress Mouni Roy, who has managed to impress masses and critics alike with some really powerful performances, rose to fame from her role of Shivanya in Ekta Kapoor's much-loved show Naagin and since then there has been no looking back for the actress. The actress made her Bollywood debut with Akshay Kumar's Gold and they now her plate is full as she will next be seen in Rajkummar Rao's Made in China and will also share screen space with Ranbir Kapoor and Alia Bhatt in Ayan Mukerji's next Brahmastra. After Mouni Roy’s Exit, Nawazuddin Siddiqui’s Bole Chudiyan Finds a Mysterious New Female Lead?

Neither personal life nor professional, Mouni Roy often hit headlines for her hot and sultry posts on the photo-sharing app. The actress is a fashionista in a true sense. The actress has always put her best foot forward when it comes to her fashion game. Going by her Instagram feeds, it won't be wrong to say that Mouni could run over to the top of trends if she continues to flaunt her sexy avatar. Mouni Roy Thanks Naagin for Helping Her Bag a Role in Ayan Mukerji’s Brahmastra!

Mouni, who is pretty much active on social media, on Wednesday took to the photo-sharing app to share a couple of pictures from her latest outing and fans can't get enough of her. Clad in blue denim dungarees, Mouni is totally sizzling in her latest Instagram picture and we are totally obsessing over her. Mouni captioned the picture as, "Working girl overalls!" International Yoga Day 2019: Mouni Roy Turns Yogini, Performs Suryanamaskar

Meanwhile, Mouni Roy, who had signed her fifth movie Bole Chudiyan alongside Nawazuddin Siddiqui, is no longer a part of the project. Reportedly, Mouni has quit the film as she felt that there were several discrepancies in the contract and therefore she never signed it at all, while the producer Rajesh Bhatia calls her unprofessional. Stay tuned!