The day holds great importance for farmers in North India, especially in Punjab, as they complete the harvest of the Rabi crops. They celebrate Baisakhi with great fervour. On the occasion of Vaisakhi, several fairs or melas are organised many parts of Punjab to mark the new year and the harvesting season. 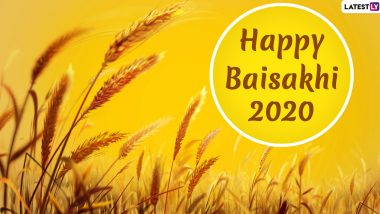 Happy Baisakhi 2020 HD Images With Wishes in Punjabi: The festival of Baisakhi is celebrated with great fervour in the northern Indian state of Punjab. Baisakhi is also known as Vaisakhi and Vaisakhi. Both Hindus and Sikhs celebrated this festival. It marks the Sikh and Hindu New Year, popularly called Punjabi New Year or Sikh New Year. Vaisakhi is also a spring harvest festival for both the communities. The festival is usually celebrated on April 13 or 14. This year, Baisakhi is celebrated on April 13. On the occasion of Baisakhi, people exchange greetings and good wishes by saying “Vaisakhi diyaan lakh lakh vadayiaan”.  People can also send Baisakhi HD Images, Vaisakhi images, Baisakhi greetings and messages in Punjabi on WhatsApp, Facebook and SMS to their near and dear ones. Baisakhi (Vaisakhi) Date in 2020: History, Significance, Traditions And Celebrations Associated With Punjabi New Year.

On Baisakhi, Sri Guru Gobind Singh ji, the tenth guru of Sikhs, laid the foundation of Khalsa Panth in 1699 by baptising Sikh warriors to defend religious freedoms to fight against injustice. The festival commemorates the formation of Khalsa panth. On Vaisakhi, Gurdwaras are decorated, and devotees visit holy shrines to seek blessings of “Waheguru”. Nagar Kirtan processions are also held on Vaisakhi. For many Hindus, the festival is their traditional solar new year. Baisakhi 2020 Images & HD Wallpapers for Free Download Online: Wish Happy Vaisakhi With WhatsApp Stickers and GIF Greetings on Punjabi New Year. 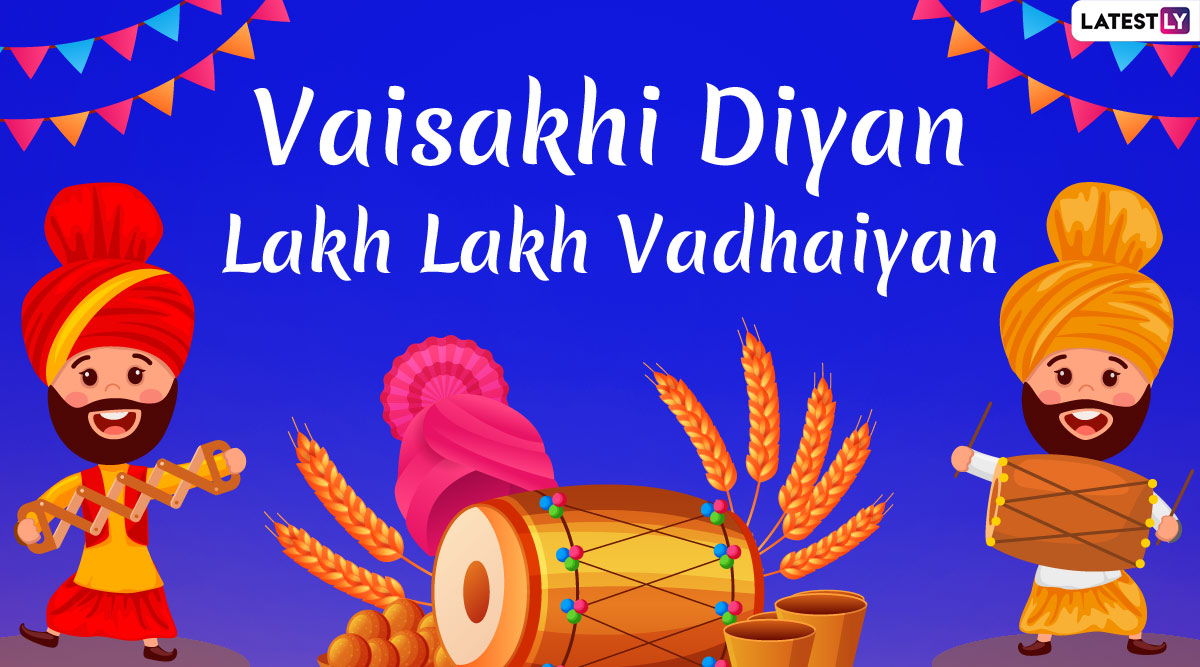 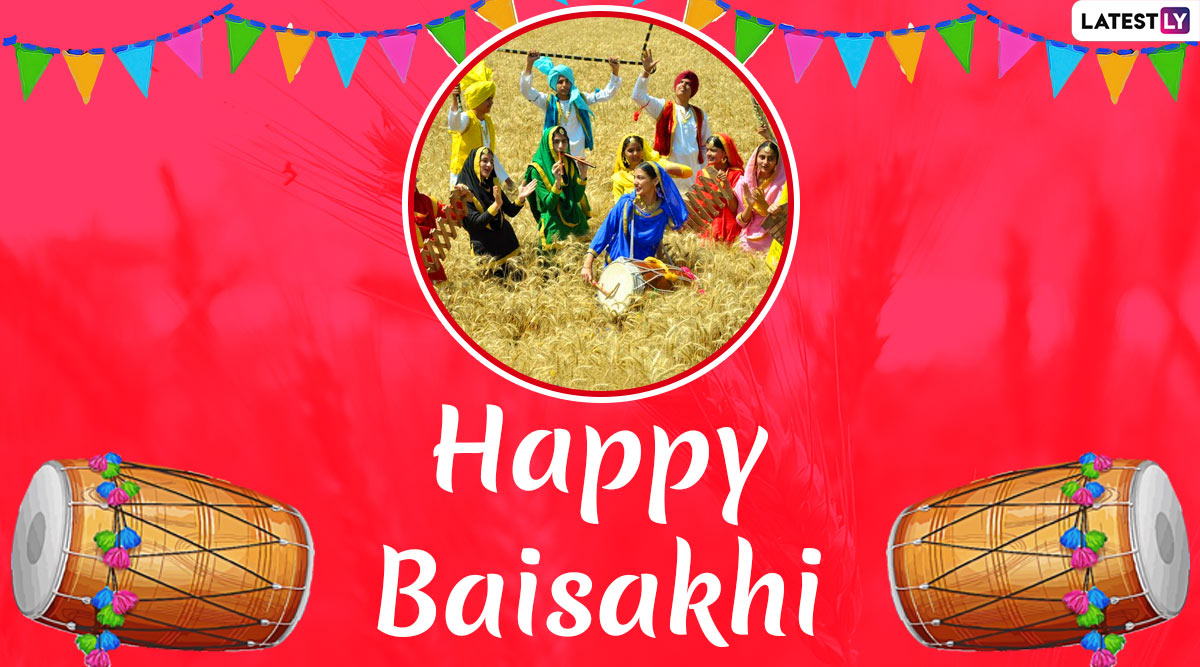 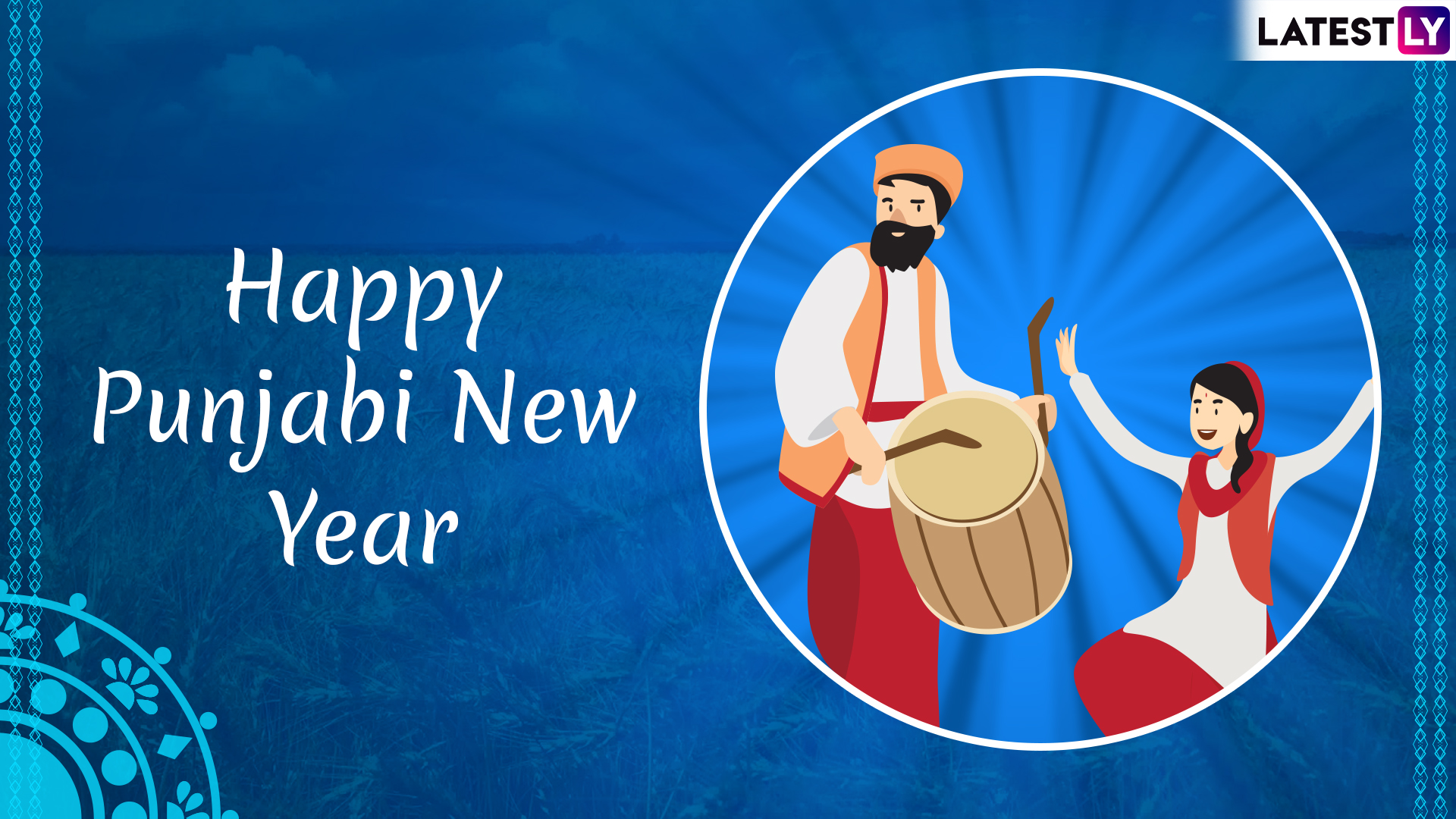 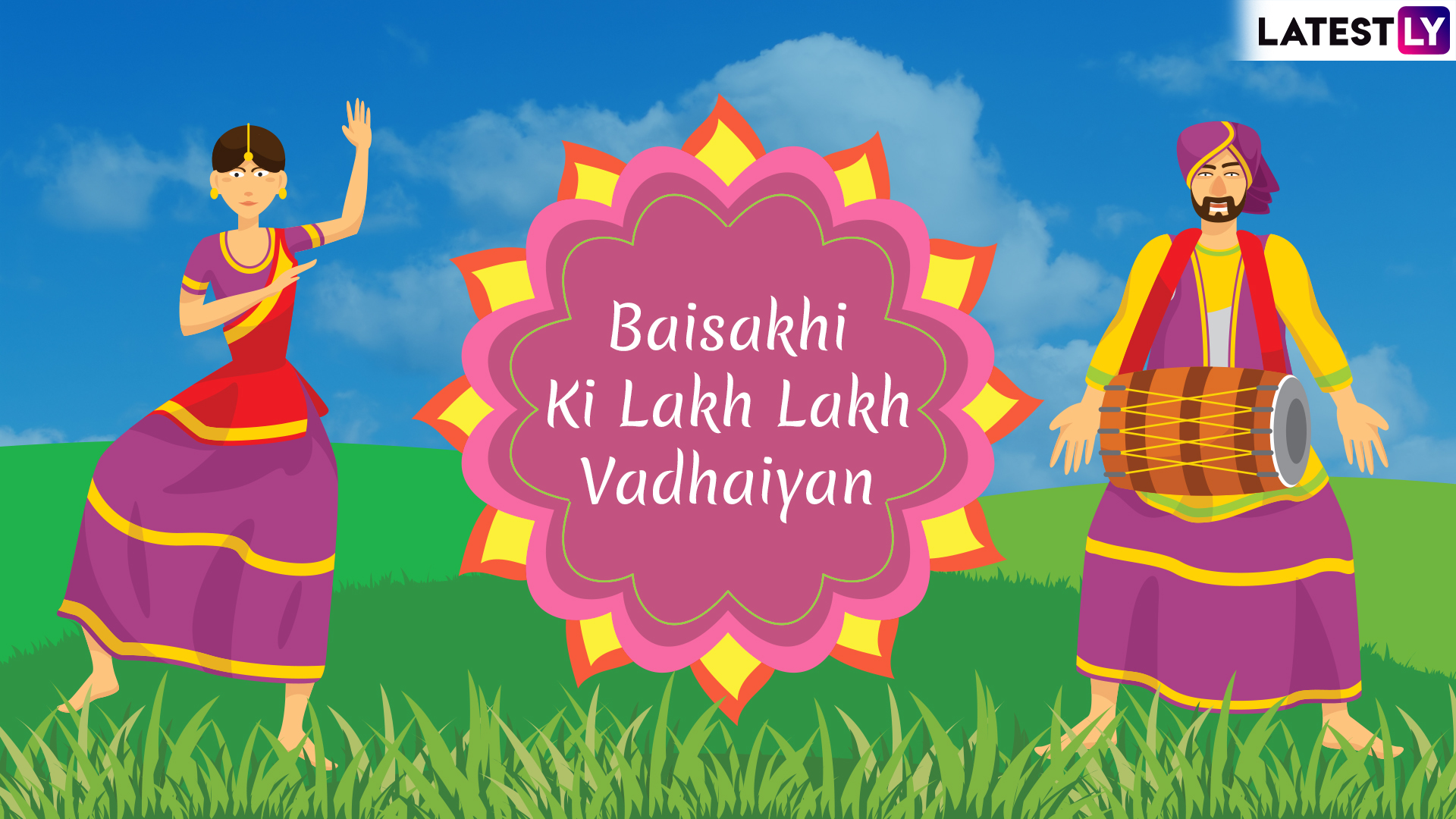 The day holds great importance for farmers in North India, especially in Punjab, as they complete the harvest of the Rabi crops. They celebrate Baisakhi with great fervour. On the occasion of Vaisakhi, several fairs or melas are organised many parts of Punjab to mark the new year and the harvesting season. Punjabi folk dances Bhangra and Gidha are the main attraction of these fair.

Infamous Jallianwala Bagh massacre also took place on the occasion of Vaisakhi in 1919. The crowd had gathered to peacefully condemn the arrest of two leaders of the freedom movement named Satya Pal and Dr Saifuddin Kitchlew on April 13, 1919. But Colonel Reginald Dyer, ordered the British Indian Army troops to open fire on the unarmed crowds that resulted in the death of hundreds of innocent lives. Historians believe that over a 1,000 people died in the horrific incident and many others were injured.

You can download Baisakhi WhatsApp Stickers from the Play Store. Here is the link to download. All you have to do is go to Play Store on your phone or laptop, and search "Vaisakhi" or “Baisakhi” and a wide collection of related apps will be displayed. These apps provide everything from Baisakhi Photo Frames, Happy Baisakhi SMS Wishes, Happy Baisakhi Images Wishes to Baisakhi Shayari With Name & Photo. LatestLY wishes you all a very Happy Baisakhi.

(The above story first appeared on LatestLY on Apr 13, 2020 06:30 AM IST. For more news and updates on politics, world, sports, entertainment and lifestyle, log on to our website latestly.com).