Vaisakhi or Baisakhi is a harvest festival which marks the Sikh New Year festival. It marks the first day of the month of Vaisakha in the Hindu calendar. 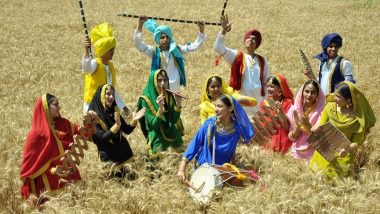 Vaisakhi or Baisakhi is a harvest festival which marks the Sikh New Year festival. It marks the first day of the month of Vaisakha in the Hindu calendar. Baisakhi 2020 will be celebrated on April 13. The day is celebrated with grand festivities in Punjab. In Sikhism, Baisakhi also marks the formation of Khalsa Panth which was started by the tenth Guru, Guru Gobind Singh in 1699. While Punjab generally dresses up colourfully for the harvest festivals, due to coronavirus outbreak, celebrations have been cut short. Vaisakhi is also known as Visakhi, Vaishakhi or Punjabi New Year.

Baisakhi 2020 will be celebrated on April 13. Being the harvest festival, it is celebrated with great pomp and fervour in Punjab. People prepare special delicacies, organise community events, visit their relatives and family and celebrate the day together. The auspicious day is celebrated across India by performing different customs and traditions. They are known under different names such as 'Rongali Bihu' in Assam, 'Naba Barsha' in Bengal, 'Puthandu' in Tamil Nadu, 'Vishu' in Kerala and 'Vaishakha' in Bihar.

On Vaisakhi day, in 1699, Guru Gobind Singh, the tenth and last Sikh Guru, established the Khalsa. It was formed after the persecution and execution of Guru Tegh Bahadur, ninth of the ten Sikh Gurus and Guru Gobind Singh’s father who refused to convert to Islam according to the orders of the Mughal Emperor Aurangzeb. He eliminated the difference between higher and lower caste and declared that all human beings are equal. Later, the Guru Granth Sahib was declared as the eternal guide and Holy Book of Sikhism. Baisakhi was also the day when colonial British empire officials committed the Jallianwala Bagh massacre. They opened fire on people who had come together despite a ban on mass gatherings. At least 400 unarmed people including men and women were killed on that day other than leaving over 1,00 injured.

The Baisakhi or Vaisakhi celebrations are mainly held at Gurdwaras and in the open fields. People wake up early in the morning to attend special prayer meetings at Gurudwaras. The Guru Granth Sahib which is the holy book of the Sikhs are given a symbolic bath with water and milk and is then placed on its special throne. Devotees read the holy book and later Amrit or the holy nectar is distributed among the people. Karah Prasad or the pink semolina, a special drink prepared on this day is offered to those visiting the Gurudwara. This is followed by Langar in which food prepared at the temple is served to the people.

Community fairs and processions are an integral part of this day. Sikhs visit their friends, relatives and neighbours and distribute sweets among them. Bhangra which is a traditional harvest dance is performed on this day. Fairs are held in many parts of Punjab. The Sikh community living across countries celebrate the day with the same grandeur. However, this year, celebrations have been curtailed due to the coronavirus pandemic. We wish you a Happy Baisakhi and hope you stay safe and healthy with your friends and family this year.

(The above story first appeared on LatestLY on Apr 10, 2020 03:38 PM IST. For more news and updates on politics, world, sports, entertainment and lifestyle, log on to our website latestly.com).