World No-Tobacco Day 2020: Motivating Anti-Tobacco Quotes and Slogans That Will You Help You Kick The Butt 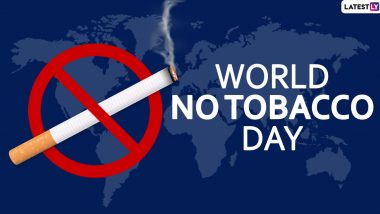 World No Tobacco Day is observed on May 31 every year around the world. The day aims at making people aware of the negative effects of tobacco. While cigarette smoking is the most common form of tobacco use worldwide, various other products are also used. In 1987, the Member States of the World Health Organization created World No Tobacco Day to draw attention to the tobacco epidemic, associated diseases and how it can be prevented. As we observe World No Tobacco Day 2020, we bring to you motivating anti-tobacco quotes and slogans that encourage people to quit smoking. On the observance this year, you can share it with your friends, family or relatives whom you think needs to give up smoking at the earliest. You can send these quotes as WhatsApp message, GIF or simple SMS. The World No Tabacco Day HD Images can also be put up as WhatsApp status, Instagram and Facebook stories. Ashtrays with fresh flowers are a symbol of World No Tobacco Day. E-Cigarettes No Safer Alternative Than Traditional Smoking: Study.

Currently, over eight million people die every year due to tobacco-related problems including 1.2 million non-smokers exposed to second-hand smoke. As tobacco continues to negatively impact the lives of people, share these World No Tobacco Day quotes and spread awareness. Send these thoughtful sayings by people and to make them aware that all forms of tobacco are harmful and there is no safe level of exposure. Side-Effects of Vaping: E-Cigarette Use Among US Youth Becomes An 'Epidemic'. 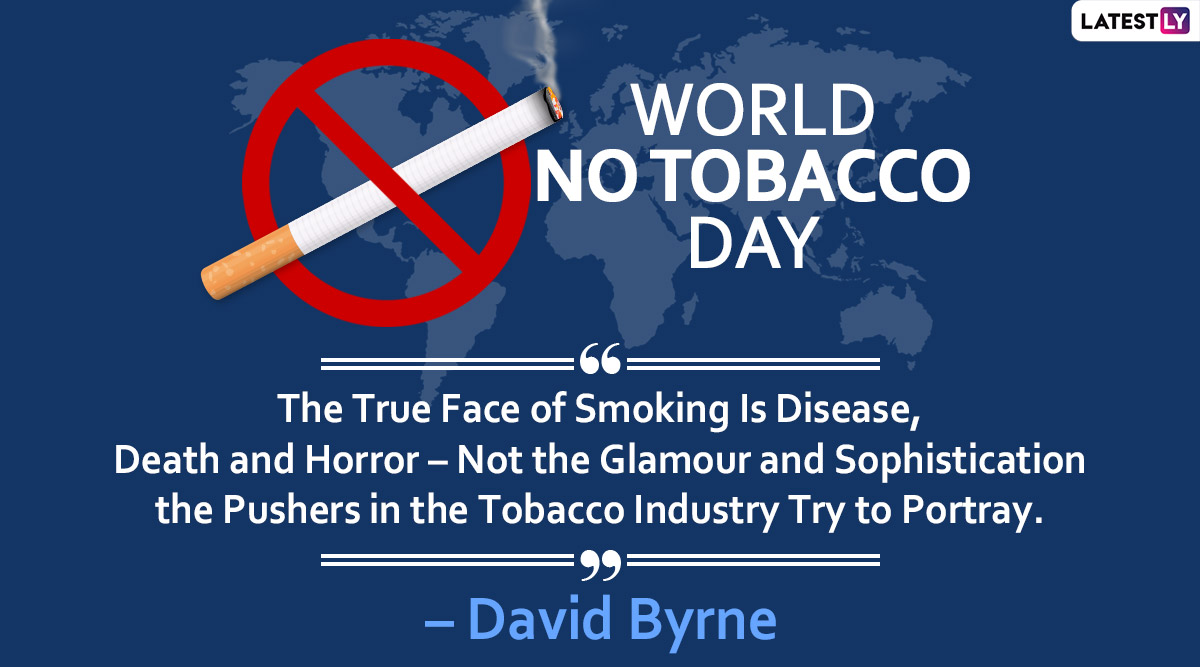 Quote Reads: “The True Face of Smoking Is Disease, Death and Horror – Not the Glamour and Sophistication the Pushers in the Tobacco Industry Try to Portray.” – David Byrne

Quote Reads: “The Best Way to Stop Smoking Is to Just Stop – No Ifs, Ands or Butts.” – Edith Zittler 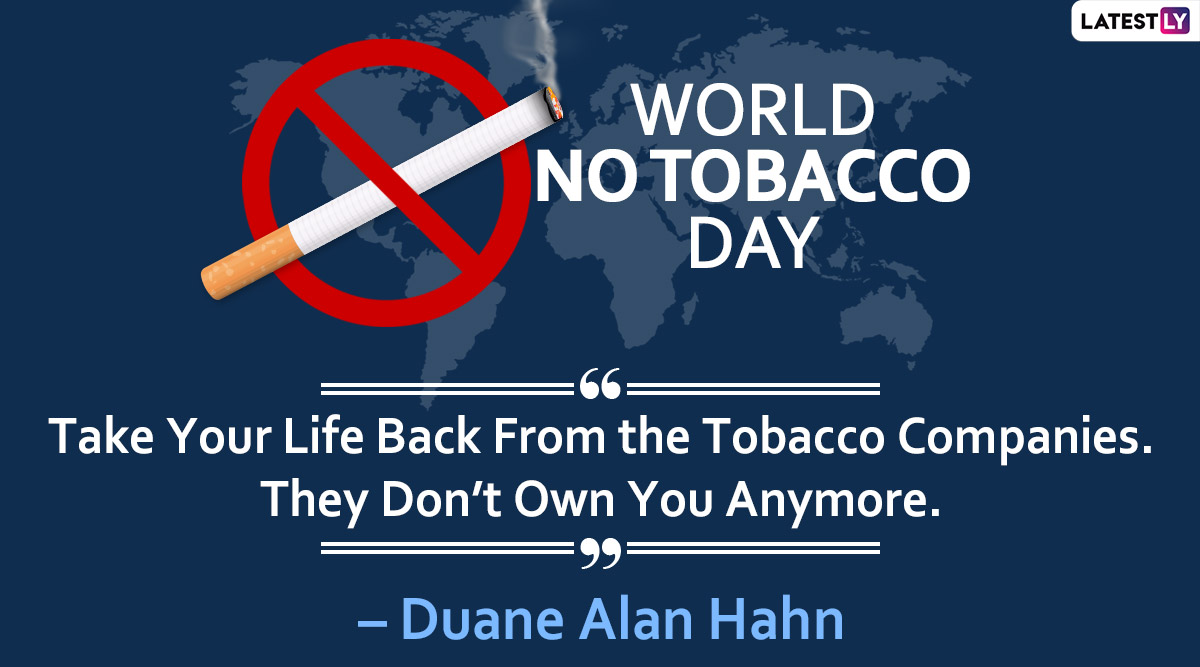 Quote Reads: “Take Your Life Back From the Tobacco Companies. They Don’t Own You Anymore.” – Duane Alan Hahn 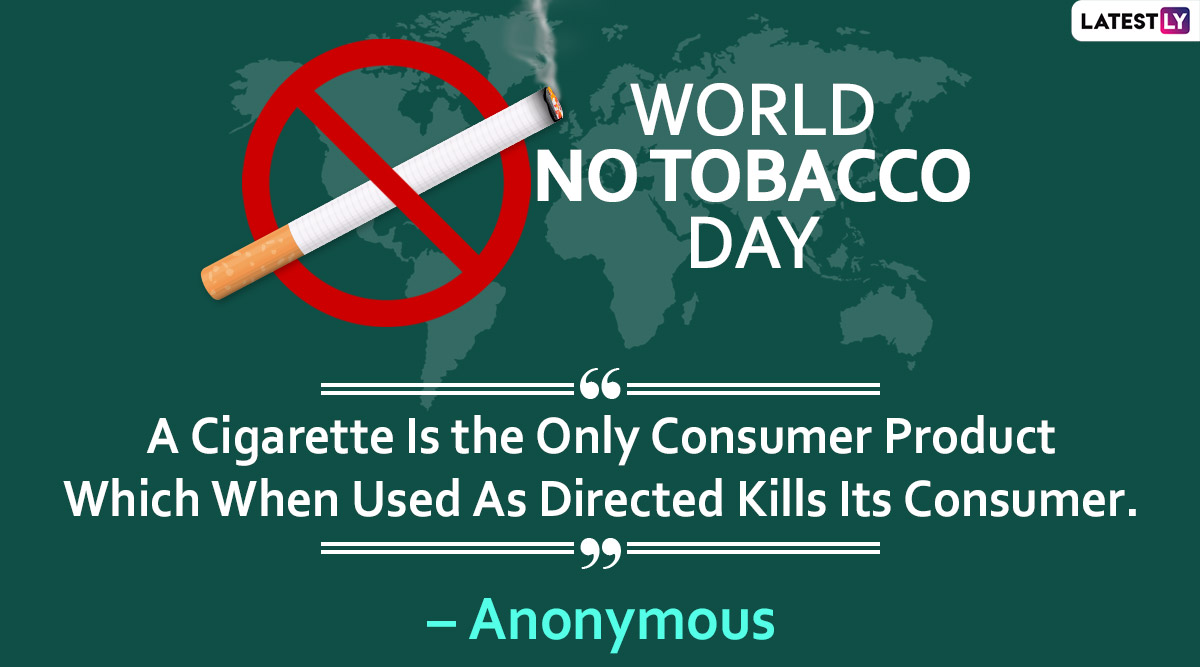 Quote Reads: “A Cigarette Is the Only Consumer Product Which When Used As Directed Kills Its Consumer.” – Anonymous 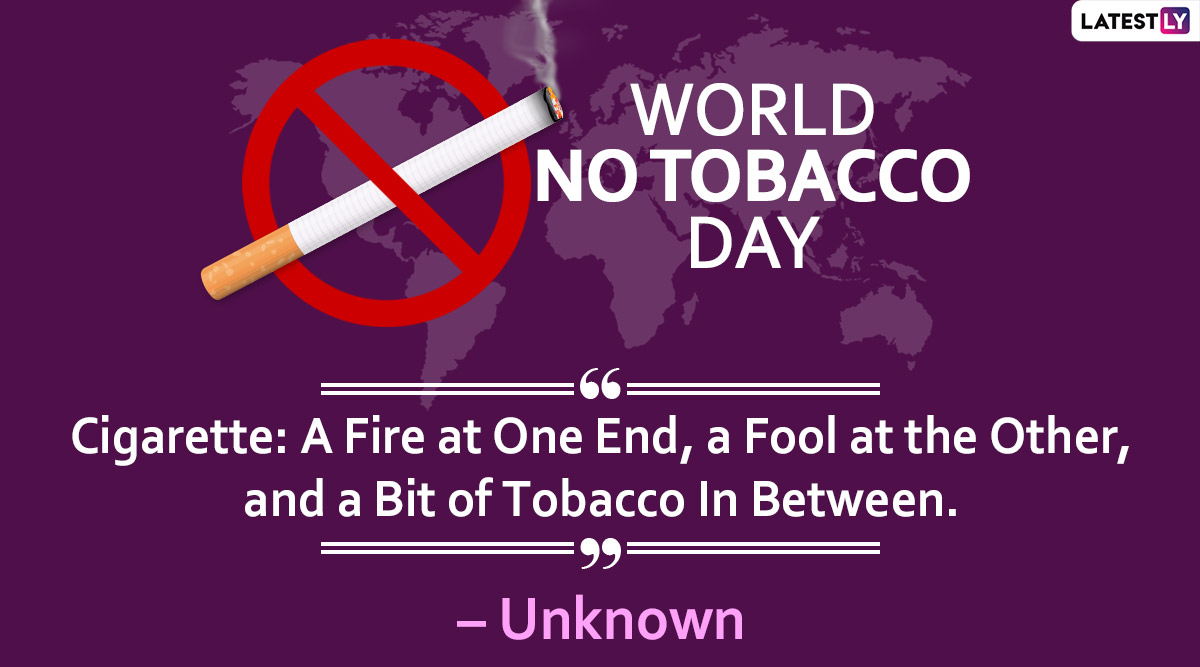 Quote Reads: “Cigarette: A Fire at One End, a Fool at the Other, and a Bit of Tobacco In Between.” – Unknown 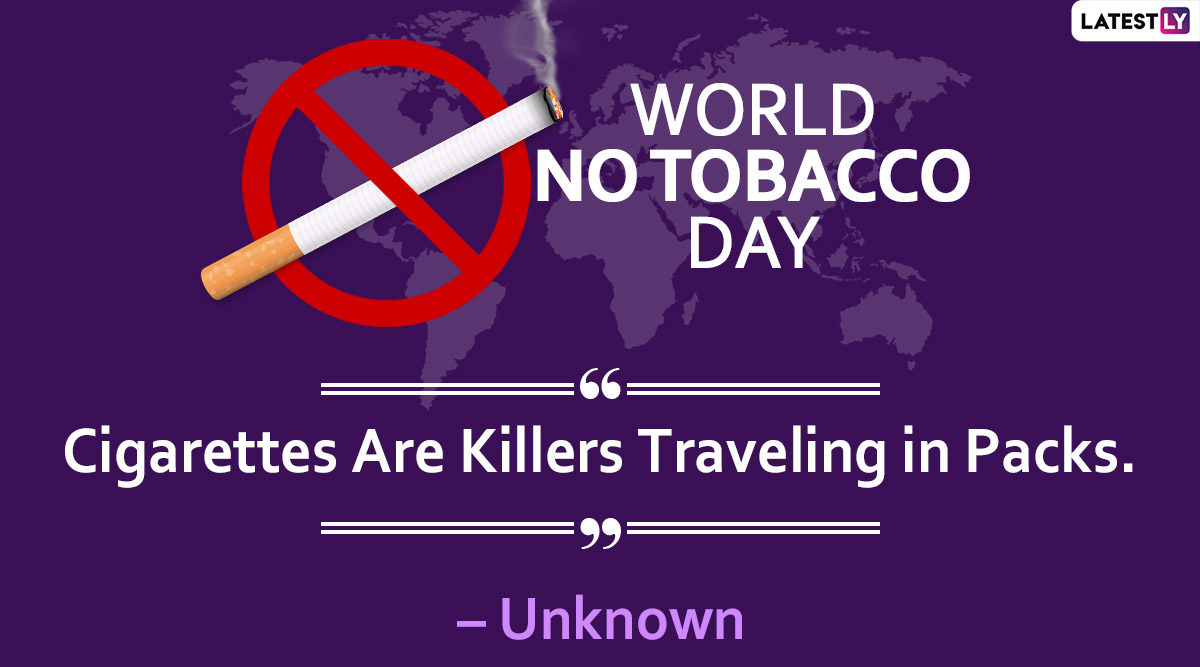 The World No Tobacco Day 2020 global campaign aims at exposing manipulation by the tobacco and related industries in targeting the youth including the introduction of new flavours among others. The day tries to make the young aware of the tobacco and related industries. It tries to empower influencers to protect and defend youth and bring changes to the current scenario. Let's join hands and save people from falling prey to this epidemic and help those addicted to getting rid of the habit.

(The above story first appeared on LatestLY on May 31, 2020 08:00 AM IST. For more news and updates on politics, world, sports, entertainment and lifestyle, log on to our website latestly.com).