There have been multiple studies that prove that processed meat isn't good for health as they contain harmful chemicals that aren't otherwise present in fresh meat. 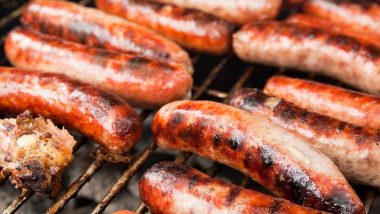 Processed meat is widely consumed all across the world. This easy to cook, affordable form of meat has become extremely popular. However, like everything has a flip side, the grey side of processed meat will shock you. A recent meta-analysis suggests that processed meat could be associated with the increased risk of breast cancer. The 15 studies included in the analysis concluded that the consumption of processed meat could increase your risk of having breast cancer by 9 per cent. Also, did you know that Salamis, Hot Dogs and Other Processed Meats Can Cause Mania?

However, there was no significant association seen between the unprocessed red meat and the risk of breast cancer. The Lead author Dr Maryam Farvid of the Harvard T.H. Chan School of Public Health suggested that it is beneficial to cut down the consumption of such processed meat.

This is not the first time the ill-effects of processed meat has come in the spotlight. The processed meat has also been associated with various other side-effects. Any kind of processed food has earned a bad name for all the right reasons. There have been multiple studies that prove that processed meat isn't good for health as they contain harmful chemicals that aren't otherwise present in fresh meat. It is better that you avoid processed meat like Sausages, salami, hot dogs, Bacon, Salted and cured meat, Dried and Canned meat, etc.

Here are some of the harmful effects of processed meat apart from breast cancer.

You must avoid consuming processed meat in the long run. Instead, opt for fresh meat that has its nutritional properties intact.

(The above story first appeared on LatestLY on Oct 04, 2018 01:22 PM IST. For more news and updates on politics, world, sports, entertainment and lifestyle, log on to our website latestly.com).