Woman Dies After ‘Bee Acupuncture’ Therapy, Doctors Claim It Is Unsafe and Unadvisable

A 55-year-old woman from Spain died undergoing an acupuncture therapy that involves getting stung by bees in lieu of needles. 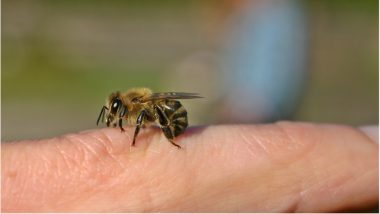 Nowadays, people are resorting to bizarre alternative treatments mainly because of its popularity on social media. They end up harming themselves in the process. One such case was recently reported where a 55-year-old woman from Spain died undergoing an acupuncture therapy that involves getting stung by bees in lieu of needles. She attended sessions of apitherapy every four weeks for two years to treat tight muscles and stress, without any allergic reactions before. However, she suffered an anaphylactic shock from the bee venom and went into coma followed by multiple organ failure leading to her death.

During one of her sessions, the woman developed wheezing, dyspnoea and sudden loss of consciousness immediately after a live bee sting, according to a report in the Journal of Investigational Allergology and Clinical Immunology. It took almost 30 minutes for an ambulance to arrive, whereupon emergency medical personnel administered a double dose of adrenaline, a saline infusion, corticosteroids and antihistamines. The patient’s heart rate stabilised en route to the hospital. Several weeks later, the woman died of multiple organ failure. According to the journal report, the patient suffered a massive watershed stroke and permanent coma due to persistent hypotension stemming from her severe anaphylactic episode.

Reporting on the lady, scientists Paula Vazquez-Revuelta and Ricardo Madrigal-Burgaleta from Ramon y Cajal University Hospital, Madrid, wrote, “Although some benefits of apitherapy have been reported, published evidence of its effectiveness and safety is limited. Repeated exposure to the allergen was found to carry a greater risk of severe allergic reactions than in the general population.” They concluded that the risks of apitherapy may exceed the presumed benefits and that this practice is both unsafe and unadvisable.

Apitherapy also known as bee acupuncture involves a practitioner placing a bee somewhere on a patient’s body. They then pinch the insect’s head until the sting emerges. The process includes uses of substances like honey, propolis and royal jelly coming from honey bees and using venom kills the bee. Proponents claim it is effective at treating various diseases and alleviating pain. But the woman’s death has raised questions about the safety of the procedure. Actor Gerard Butler himself has admitted in the past that he suffered life-threatening consequences of bee sting therapy. The technique is most popular in China and Korea. In 2011, a 65-year-old South Korean woman died from the same bee acupuncture therapy.

(The above story first appeared on LatestLY on Mar 22, 2018 04:57 PM IST. For more news and updates on politics, world, sports, entertainment and lifestyle, log on to our website latestly.com).