Currently, they are working on a series of unique products including one that allows a person to instantly assemble high-performing, distributed tech teams, powered by a Team Graph of the world's best product builders. 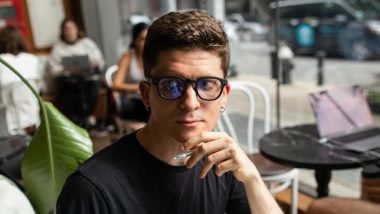 Creating a product or a business from scratch is a lot like the scientific process. It starts with ideas and goes through rigorous research, planning, exploration, experimentation, to finally come up with a semblance of a result that is constantly tweaked and developed further to improve or change the process and the outcome. Also much like science, there are many names and people who work behind the scenes to make the idea a reality, and having a good team is crucial to the dynamic of a successful business.

One of these groups in the business of helping other businesses is the A.Team. The A.Team is a startup created as a team building  platform. In the beginning, the company consisted only of two like-minded people with a great idea. They were ready to transfer their thoughts and developments from paper into the real world to create a tangible product. Currently, they are working on a series of unique products including one that allows a person to instantly assemble high-performing, distributed tech teams, powered by a Team Graph of the world's best product builders. Roughly speaking, you can instantly create a team of top specialists in the field of management, development, and design, which will be selected taking into account all your needs and requirements.

Though a business that started relatively recently, the A.Team has already been a big part in many people’s stories. They believe that every worker matters to the success of the business even if they are only one out of a thousand. By creating a platform in the digital world to form cohesive teams and then successfully work together despite the distance, the A.Team group is hoping to remove some of the guesswork and worry about how a team can cooperate.

What makes A.Team different from other platforms that help build and emphasize teamwork is that this is not just a hobby for them. In fact, to build their own team, they used their own platform to ensure that it was functioning to its full potential and to the liking of the creators themselves. They know the consequences of not having a good team, so they wanted to make sure that people were getting the most out of the A.Team platform. They love what they do and they love being able to help people in all of the ways that they can.

One of the members of the A.Team group and a founding product designer for their platform is Daniel Polevoy. Daniel comes from a small city in Ukraine where he planned to work and live for the rest of his life. Instead of staying there, he moved all across the world to different locations and found himself in Tel Aviv. However, when the opportunity came for him to join the A.Team, Daniel decided that he should put his design work to use doing something that would help others build a successful business of their own. Moving with an O-1 visa, which is a classification for those with special talents in the sciences, arts, education, or business, he decided to take a leap of faith for the company.

“Working in large companies implies that a new employee becomes part of the mechanism. You become a small cog in a large machine. The overall work depends on you, but your views and experience, in fact, play a small role, and the process of implementing ideas passes through higher positions and can be terminated without reaching the logical end. Working in startups implies full involvement and willingness to work without days off and holidays, not because the boss ordered you to work, but because this startup is a part of you. Furthermore, it becomes your brainchild. I am inspired by the idea that I am standing at the foundation of something potentially significant, something that thousands of people already use, and millions will be able to use in the future. It inspires me every single day, thus allowing me to do more and better,” Daniel explains.

After recently becoming public, the A.Team group is excited to continue to work hard at their goals and help others do the same by assisting in whatever way possible.