Miss World 2019 Finale Starts in London: Here's the First Glimpse from the 69th Edition of the Beauty Pageant (View Pics) 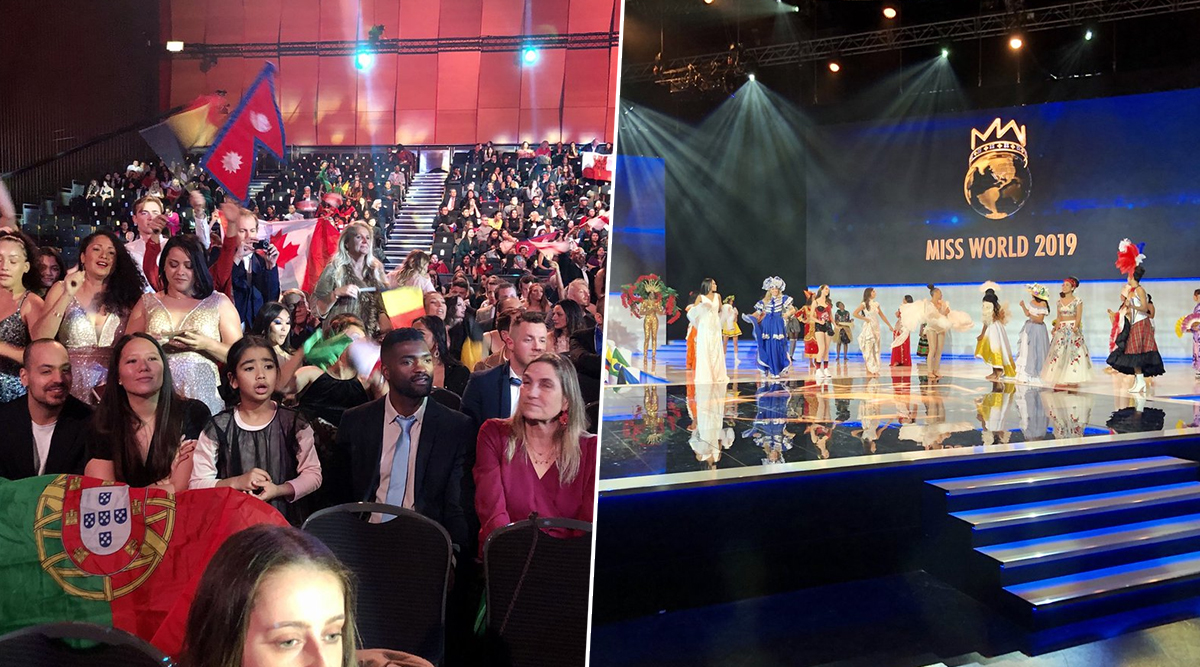 Miss World pageant has already begun in ExCeL London in the United Kingdom on 14 December 2019. And while the world cannot wait to see who the next Miss World is going to be who will be crowned by the reigning Miss World Vanessa Ponce of Mexico, Miss World's official Twitter handle has shared the first glimpse of the event. The tweet read, "#MissWorld2019 contestants are on stage and the audience is going crazy #MissWorld #London". The Twitter handle of Miss World had just recently also posted how the crowd is reacting amazingly in London and they mentioned how "contestants join the stage and the audience is going crazy...we’ve never seen so many country flags" We cannot help but take our eyes off the breath-taking beauty that Suman Rao is. While the Indian audience waits for the blue crown to be brought home by Miss India, we are yet to see who exactly wins the Miss World pageant. Miss World Contestant, Sasha-Lee Olivier, May Give Tough Competition to Suman Rao; These Hot and Sexy Pics of the SA Beauty Are Proof.

#MissWorld2019 contestants are on stage and the audience is going crazy #MissWorld #London pic.twitter.com/sGcWSsn2Sf

To represent India, the super gorgeous, Suman Rao is in London at the Miss World beauty pageant that is going to be held at ExCeL London in the United Kingdom. While all the hearts in India cheer for Suman Rao, the beauty is right now competing with over 100 contestants for the 69the edition of the beauty pageant.