Online Gambling Evolution in Australia and the US 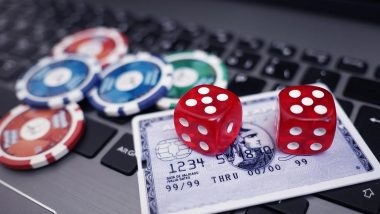 You can say lots of things about the iGaming industry around the globe, but the fact that it’s a dynamic domain is something everyone can agree with. With more and more countries adopting gambling laws and changing their gambling landscape, operators need to make sure they’re compliant at all times.

One very interesting shift in approach towards the gambling industry is taking place in Australia and the United States. If Australia was known as the country with the biggest internet gambling expenditure in the world, online gambling in the US was banned up until the end of 2019. Let’s take a closer look at these two huge online gambling markets and the way they evolved in recent years.

When One Door Closes, Another Opens

Australia was the perfect market for online casinos all around the globe. Aussie players were really big fans of online slots (or pokies, as they call them) and the regulations were quite relaxed. Despite having an Interactive Gaming Act in place since 2001 which regulated online gambling in Australia, implementing this act didn’t happen until almost 19 years later. Starting with 2019, the authorities finally acknowledged that problem-gambling is a real issue and started enforcing the IGA. So, what was known as one of the most open markets, is now stuck in a tangle of legislation changes and amendments to the original IGA that seems to put everything on hold.

The main goal is to prevent access to all operators that are not licensed in the country. And while this is a healthy initiative that has been implemented successfully in markets like the UK, Sweden, Spain, or Italy, Australia doesn’t have the proper framework for licensing just yet. This makes the entire process very convoluted and confuses operators. The IP blocks are not extremely productive since players will always find a way to enjoy their favorite casinos. And nobody can police the Internet in 2020.

Something totally opposite is going on in the United States. Online gambling was banned ever since the Unlawful Internet Gambling Enforcement Act was passed in 2006. Since then, the US remained a hugely profitable market that couldn’t be touched by any respectable operator. However, the Supreme Court decision that deemed the act as unconstitutional made room for something extraordinary to happen in the United States. For the first time in many years, legal online gambling became possible. And even though today, one year after the first step was made, there are only a handful of states with the proper legislation to implement online gambling, the future looks very promising.

New Jersey was the first state to introduce online gambling and betting on its territory and big operators have taken this market by storm, registering record revenues. And while other states are still trying to find their stance on online gambling, it’s safe to assume more and more jurisdictions will accept a form of online gambling.

It seems almost unbelievable that around the same time the former biggest online gambling market decided to close its doors and apply IP bans and other restrictions, another huge market started to open up. And there are many voices that think this isn’t just a big coincidence. It is believed that the word of Australia tightening their online gambling regulations lead to an even more sustained lobby in the US towards legalizing online gambling. And while there’s no evidence to support this claim, it does seem that the planets aligned perfectly for this one.

No matter if it was a coincidence or if one move affected the other one, operators have plenty on their hands right now. Switching the focus from Australia to the US is not exactly a walk in the park. Not to mention the millions of Aussie players that are stuck without too many options right now. There are plenty of online casinos without a license trying to take advantage of the current situation in Australia and all players should know how to check if the casino they’re using is safe. If you need some help, there are tons of unbiased casino online reviews available on specialized websites.

Time will tell if things will get better in Australia and the authorities will find the balance between regulating the gambling landscape and allowing players to enjoy their favorite games. In the meantime, all eyes are turned towards the US. And the recent merger between Evolution Gaming and NetEnt suggests a huge change in legislation in the United States.