However, it took the team of researchers by surprise when the studied the result of their research. 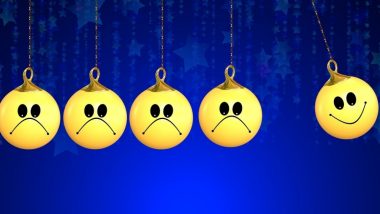 Washington DC, Apr 30: They say the only constant in life is change. However, according to a recent study, expecting ourselves to remain mostly the same over the next ten years is strongly related to being happier later in life. Researchers have consistently found that people who are connected to their future selves are better able to save for the future, delay gratification, and take care of their health, compared to people who feel less connected to their future selves. How To Be Happy: 4 Simple Steps To Happiness According to Neuroscience.

One would assume that if people make optimistic predictions about the future, such as thinking they will become more compassionate and intelligent in the future, they would end up becoming happier in the years that follow. However, it took the team of researchers by surprise when the studied the result of their research.

"The more people initially predicted that they would remain the same -- whether predicting less decline or less improvement across a number of core traits -- the more satisfied they typically were with their lives ten years later," said Joseph Reiff, lead author of the study published in the Journal of Social Psychological and Personality Science. International Day of Happiness 2019: 10 Happy Quotes That Will Bring an Instant Smile to Your Face.