Sohail Monirul Shaikh: The Man With a Plan Made for Better and Bigger Things in Life

Certainly, the audience plays the biggest role in making a person famous, because they are the ones who will be interacting with you, listening to your music and watching your videos. But it is very difficult to constantly put out high quality content, and please the crowd at the same time. 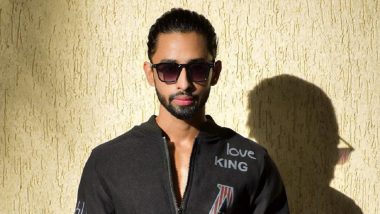 When a person starts creating something, the first thought that he has in his mind is his target audience. The people he wants to impress.

Certainly, the audience plays the biggest role in making a person famous, because they are the ones who will be interacting with you, listening to your music and watching your videos. But it is very difficult to constantly put out high quality content, and please the crowd at the same time. A wide range of the population, include people who enjoy different genres of music, and music videos. After all, music taste is subjective. Sohail Monirul Shaikh had the brilliant idea to focus on each  and every kind.

Becoming a digital creator has been the best thing to ever happen to him. He likes to spread positive vibes. He loves to support, inspire and motivate others to work hard enough to achieve all their dreams one day. People usually assume that he was just born a creator, but in reality, his life has been way tougher than that. It has been full of struggles  and ups and downs, and countless challenging situations.

He went from working at his father’s store, to one day becoming a digital creator. The shift in his career path was huge but his determination to taste success was far greater.

Sohail penned his very first YouTube song all by himself, creativity and a love for art being his sole motivation.

“Mera Bhai Tu” has more than 32 million views on YouTube, meaning it has reached a huge audience, for a debut. It was a high quality product that everyone loved and promoted actively, because of the positive attribute of the song's message. The song represents fraternity among men. The unshakeable bond between two good friends, or a strong group of friends is unbreakable, if they are bound by mutual love, if they trust and respect each other.

People love this type of content because it is very far from any kind of controversy.

In today's times, it is very tough to put out any content at all, for someone or the other will find a reason to be upset about it. But his present music video has only a negligible number of dislikes. He believes, from the likes of it, some jealous creators, are the ones who have disliked his new YouTube video. For the most part however, he has garnered himself an extremely positive fan base who support him an incredible amount.

The famous Shahrukh Khan is a major role model for Mr. Sohail Monirul Shaikh. He wishes to succeed in life the same way as his  star did, from rags to riches.

It is from SRK, himself, that Mr. Shaikh has learnt and cultivated his acting talents. Apart from creating beautiful digital content, this young man also has various other things that interest him, such as writing, dancing, and of course, playing competitive sports.

Such versatile men are always a pleasure to speak to.